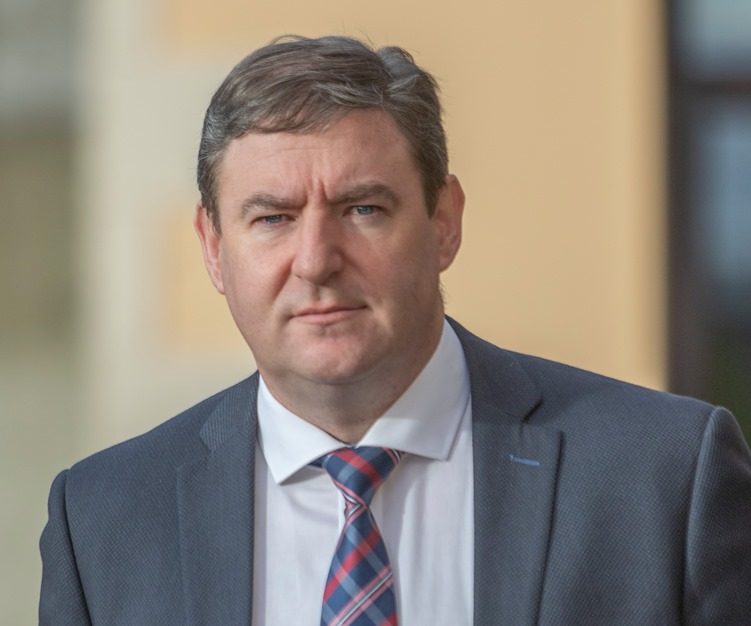 IT HAS been, by his own admission, a ‘hard road back’, but at around midnight last night Niall Blaney’s return to Leinster House was confirmed.

Nine years after withdrawing from the 2011 General Election just weeks before polling day, Blaney (pictured by North West Newspix) was elected to Seanad Éireann and will serve on the agriculture panel.

A strong vote saw the 46-year-old elected on the 15th count.

In 2016, Blaney missed out on a Seanad seat and he was also unsuccessful in the 2018 Seanad by-election. He was angered last year when he failed to secure a nomination from the party for the European elections.

Now, though, the Blaney name has made a long-awaited return to the Oireachtas.

“At times, you wonder if it would be worth it,” he told Donegal Daily.

“It was a hard road back, from being out of politics for nine years. When I went out of politics, I felt that I owed the people of Donegal a lot more. That was the driver because I feel that I have a lot to offer in politics.

“I feel politics is what I know best and it’s what I love to do.”

It was a very different sort of a feel as he watched, with his partner and children, from the comforts of their Portsalon home last night as the numbers were crunched.

Due to restrictions in place from the Covid-19 virus spread, candidates and media were not in attendance.

He said: “The Fianna Fáil party had a representative at the count and he was keeping in touch. We were watching on the Oireachtas TV. The feed was a bit slower, but it was something else when I realised that I was in.

“I’ve had a few knock-backs, but I never thought about walking away. In all my time in politics, I never viewed my time as being about myself. All down the number of decades, any Blaney that stood never stood on his own. We had quite a significant organisation behind us – and it is as much about them and giving them something.”

The clock had just gone 1am when he heard a commotion stir outside. A handful of well-wishers had congregating, horns blowing, while maintaining the physical distancing measures that are in places.

Certainly, it was a different vibe to those moments, in 2002 and 2007, when he was chaired on the shoulders of supporters on his election as a TD in the then Donegal North-East constituency and a cavalcade of cars swept through the Blaney heartlands of the Fanad peninsula.

“I was on the phone to a lot of family and close friends when about five or six cards came around,” he said. “Everyone was two metres apart, shouting and roaring. It was a lovely moment, actually. It’s certainly something that will stay with me.”

He placed ninth out of the 25 candidates after the first count with 11 seats available. Sitting Senator Brian Ó Domhnaill lost his seat. 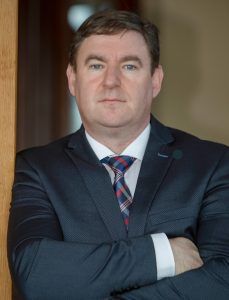 For Blaney, it completed a winding road back into the political game.

On the eve of the 2011 General Election, the shock waves rippled when he announced that he would not be contesting, citing personal reasons.

“I missed it every day,” he says. “When you’re no longer part of it, you feel a bit guilty that you’re no longer there. I had a want to get back in. There was frustration at times, but also a determination. I have a team behind me that has shown incredible loyalty, trust and patience.

“I took posits from the knocks. Even last year, things happened and, after seven or eight months of hard graft, I didn’t get the European nomination. It’s water under the bridge now and I built on the positive.”

Fianna Fáil in Donegal suffered a major blow in the recent election when long-standing TD Pat ‘The Cope’ Gallagher lost his seat, leaving Charlie McConalogue as the party’s sole TD in the county.

“I want to see a Fianna Fáil party built up again with purpose and unity in Donegal again,” Blaney said. “We have to get it to where it was before. That is achievable and we do have plenty of strong representatives, but it needs a collective approach.”

Blaney admits that it is ‘too early’ to consider a possible candidacy for a return to Dáil Éireann.

He said: “There is a building job there, first of all. Pat is a massive loss. He was a workhorse and the west of Donegal is very much poorer as a result of him not being there. I wouldn’t try to fill his shoes, but I certainly will do what I can to help those in the west.”

At national level, Fianna Fáil and Fine Gael remain in takes about the formation of a new Government. Today, Taoiseach Leo Varadkar said the parties are close to agreement on a programme for Government, though he cautioned that it would still ‘take a few weeks’.

“The first priority is getting the Government together,” Blaney said. “Anyone who is willing to put their hands up and make strong decisions for financial recovery, that needs to be the focus.

“Party politics needs to go on the back burner for a year or two. There are a tough couple of years ahead. We have been hearing since 2011 about the tough times and the need to look out for the economy. With Covid-19 and the position we’re in now, we are really in uncharted waters. We have never been here before.

“Locally, I’m looking forward to working with Charlie McConalogue and I think it is quite likely that we will see less politics played and more wearing of the Donegal jersey.”

In being elected to the Seanad, Blaney follows in the footsteps of his grandfather, Neal, who served on the agriculture panel of the third Seanad between 1938 and 1943.

He said: “There is a tinge of history to this and I am proud of that. It’s not unusual for the Blaney name to be in the Seanad. My grandfather was a long-serving member in Leinster House and I’m honoured to be entrusted with this role.

“I am prepared to take whatever decisions that is in the best interests of people. We have always had it tough here in Donegal. We are cut off here given the situation with the Six Counties. I carry a lot of experience and I’ve delivered projects before against the odds.

“People often ask and wonder: ‘What can that fella do for me?’ but politics isn’t as simple as that.”