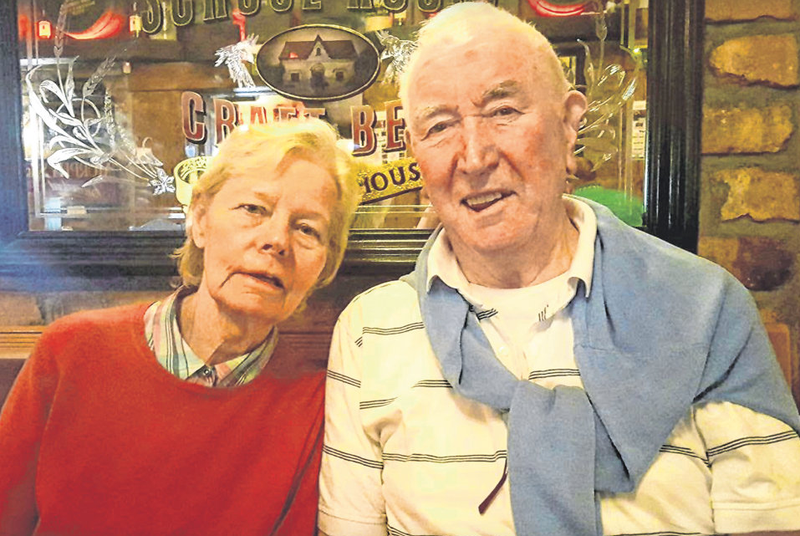 Sadness at death of Donegal man in Dublin from Covid-19

A Donegal man has died from Covid-19 while his wife is battling the virus.

John McGroddy, who is originally from Carrigart, passed away on Sunday.

The 82-year-old passed away on Sunday after testing positive for the killer virus just a few days previous.

The victim, a dad-of-five and granddad-of-ten, was born and raised in Carrigart but moved to Dublin where he was stationed as a member of An Garda Siochana.

The McGroddy family are well-known and much-loved members of the local community in Swords.

John died peacefully at Tara Winthrop Private Clinic after a short battle with the Covid-19 virus.

John still has many members of his family living in Carrigart, including his sister Winney.

Now it has been revealed that John’s wife Nell is also battling the virus.

“Due to government advice regarding public gatherings, a private immediate family only funeral will take place. A memorial service for John will be held at a later date.

“Those who wish to attend the funeral but cannot due to current restrictions, please leave your personal message in the ‘Condolences’ section below.”