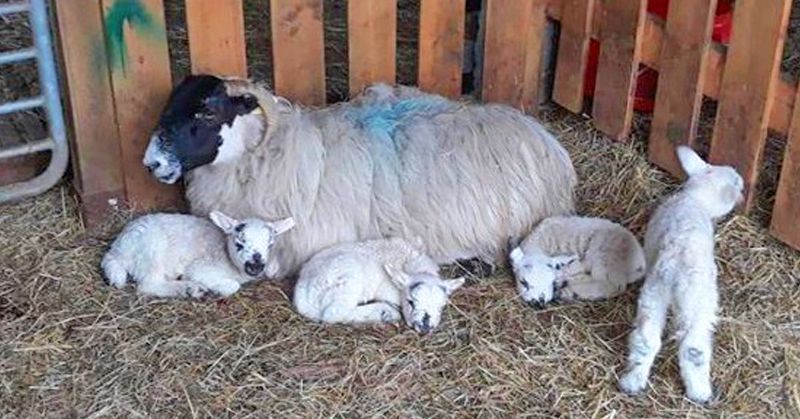 The arrival of Spring bought a surprise arrival to one Donegal farmer whose sheep gave birth to quad lambs.

The rare quadruple birth was a much-welcomed boost for Dunlewey farmer Paddy Roarty this week.

His horned ewe was bearing twins, or so he thought, before the birth on Tuesday.

Paddy told Donegal Daily: “She was scanned for twins, so when two came out and I saw they were doing good I left them. When I came back there was two more.”

For a horned ewe to have quads is a rare occurrence, and they are all remarkably strong and well.

“It’s rare for the four to survive but they are still sucking their mother and getting a wee bottle of milk too,” Paddy said.

“I’ve never had quads. Even to get three would be a bonus, but this is an added bonus. Long may it last.”

Amidst the Covid-19 pandemic, life goes on for farmers like Paddy as he looks after his 70 ewes on the 30-acre farm.

“There’s plenty of time for lambing now that everything else has stopped,” he said.