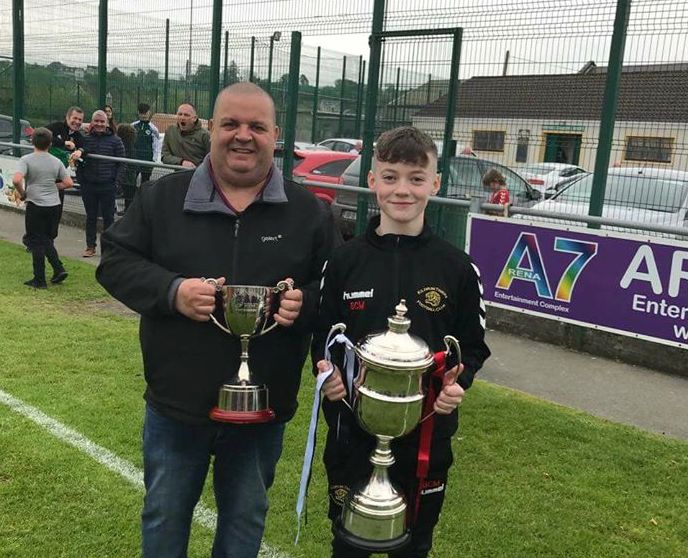 A DONEGAL man who has been fighting the Covid-19 virus for the last two weeks has appealed to people: ‘Stay in!’

Charlie – pictured above with his son Bailey – has been laid up with the virus and has outlined his struggle in the hope that it sends a message to people tempted to test the various lockdown measures that are in place.

“I lay in bed for nine days solid and couldn’t even get my head off the pillow,” he told Donegal Daily.

“On Friday night, I actually rang NowDoc and asked to go into hospital. There aren’t many people who ring and look to get put in.

“My breathing was so bad, I couldn’t walk from the sitting room to the kitchen. That was the first time I had brother with my breathing and they said the nurse would ring back, but I eventually fell asleep and didn’t wake again to the morning.

“You don’t know how hard this virus can hit until it comes to your own door. People don’t realise how sick you can get.

“My message to people is that unless the journey is necessary, stay indoors and stay away from people. It’s not easy not getting to see people, especially close family, but there will be light at the end of the tunnel. The more people listen to the advise, the quicker we’ll get back to normal.

“I was one of the lucky ones in that I didn’t have to get admitted to hospital.

“If people have any sense, they’ll heed the guidelines. There’ll be plenty of time for exercising and going out when this is over. Please take the HSE advise so we can get rid of the virus.”

Charlie is known around Donegal football circles as the groundsman for his native Kildrum Tigers.

He first felt unwell on March 23, a fortnight ago yesterday.

“At the start, when I felt a tickling in my throat, I thought it was just a normal flu,” he said. “The doctor sent a course of antibiotics to the local chemist and I got a course of steroids since that too. The doctor said about sending me for a Covid-19 test, but I just thought I had a bug or a flu.

“That Monday night, Tuesday morning, I woke up in the middle of the night, feeling as sick as a dog. I had a fever and one minute the sweat was pumping, the next my teeth were jangling together with the cold and I couldn’t get heated.

“I rang the doctor again and the only reason I wasn’t put to hospital was that my breathing was grand. If my breathing deteriorated I was to go in.”

On March 28, Charlie was tested at O’Donnell Park, Letterkenny and received a positive test yesterday.

“I didn’t need to be told at that stage,” he said. “The day of the test, I didn’t even think I’d be able to stick a run in the car to Letterkenny. I just put the seat back and lay down.

“Apart from to go for the test, I haven’t left the house in 14 days. They’ve told me it could be six weeks before i get back to normal and the virus is fully out of the system. 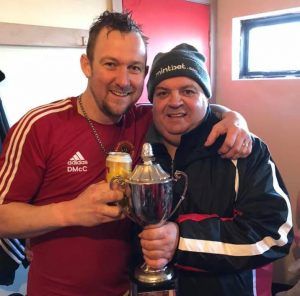 “I have a touch of asthma but I would never have to use the inhaler unless in frosty weather or if I’ve a bad cold. I was given another inhaler and I’m using three now to help my breathing.

“On Saturday, I went to the back door to get a bit of air and I thought I was going to have bother getting back to the sitting room.”

Charlie has another five days to spend in isolation and is counting down the days.

He said: “I’m not even near 100 per cent yet. I’ve only started to nibble at food again. I’m very weak, but I think I have weathered the storm.

“A lot of people have been asking me where I think I picked it up, but I don’t even know where I could have picked it up. I wasn’t mixing with a lot of people before I got it, so it shows you could get it from anywhere.