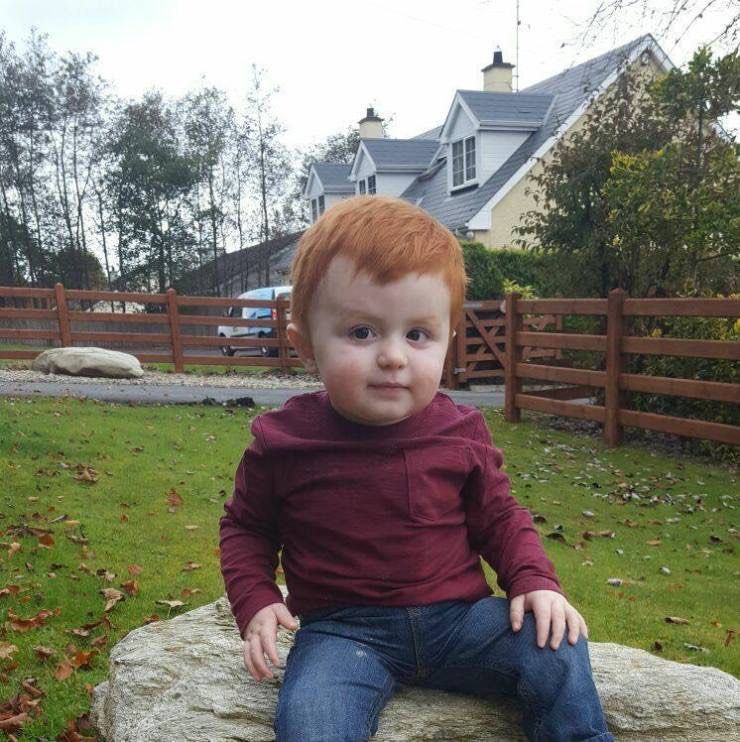 ChefAid to benefit from kind donation out of Caolan Melaugh Fund

THE family of the late Killygordon baby, Caolan Melaugh, have kindly donated a portion of the remainder of his treatment fund to help the older and vulnerable members of the local community.

Caolan had endured a battle with stage 4 high-risk neuroblastoma, a rare and aggressive childhood cancer, since he was just ten weeks old.  To pay for the costly overseas treatment, thousands of euro were raised through a fund set up by extended family members, friends and neighbours.

The brave two-year-old died at home in Cronalaghy on June 8, 2017, while in the company of his parents, Gerard and Stacey, and little brother, Eoghan.

A portion of the Caolan Melaugh Fund will be given to the ChefAid Killygordon & Twin Towns organisation, with the remainder being donated to other local charities.

“When our family was in need during Caolan’s illness, we got plenty of help from the local community. Now, we just want to give some of that back through the work of ChefAid Killygordon & Twin Towns,” dad Gerard said this week.

“The minute we heard of this initiative, we contacted the committee to offer our help. It was just the right thing to do,”

The Killygordon Chef Aid team started deliveries around the parish last week, and are already distributing 50 meals per day. An additional 30 meals began to go into the Twin Towns area this week and the number expected to rise next week. Cheffing and funding resources have also amalgamated making sure that funds and supports can go as far as possible.

The service is focussed on providing meals for older people and the vulnerable who do not have a family support network to look after them at this time.

Spokespersons for ChefAid Killygordon & Twin Towns, Seamus McMenamin and Leah Fairman, said the organisation was more than grateful to the Melaugh family for their kind donation.

“The community was very proud to support Caolan fundraisers and this is a wonderful and kind gesture by Gerard and Stacey in Caolan’s memory.”

Mr McMenamin added that they still need to raise enough funds to sustain the project through the current crisis. Its unknown how long the crisis will last and, as a result, fundraising needs to continue to ensure that the most vulnerable can be supported.

A ‘ChefAid Killygordon & Twin Towns’ GoFundMe page has been set up, To donate, log on to www.gofundme.com/f/chefaid-killygordon

Donations can also be made directly to a charity account in Bank of Ireland, Ballybofey. The account details are: BIC: BOFIIE2D   IBAN: IE92 BOFI 9047 1277 195547.
Anyone who feels that they, or their loved ones, qualify for the support being offered, they can call 087 3992666 or make contact via the ChefAid Killygordon & Twin Towns Facebook page.