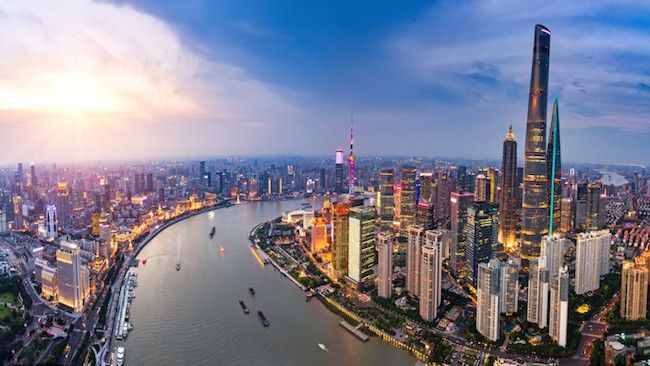 Donegal man in lockdown in China says it will be worthwhile

A Donegal man living in China has warned Irish people that they may face living in some form of lockdown for up to three months because of Covid-19.

Teacher Shane Quinn, from Manorcunningham, has been living in Shangai for the past four years having traveled to China in 2013.

But he revealed how in January, a once-thriving city which was busy for 24 hours a day came to a standstill overnight.

“I live in a very busy neighbourhood where you can see thousands of people walking the streets on a daily basis. On the 19th of January, I honestly thought the world had ended because I looked out my window from a high rising building and I couldn’t see a single person on the same street that was “havoc” just 24 hours before,” he said.

Since then Shane has lived in lockdown and has only emerged in recent days from the living nightmare.

In the days following the lockdown, Shane had to ask a security guard for permission to leave his apartment but only for very important reasons.

Those who needed to leave were given a token and if they lost that token then they were not allowed back into their apartment.

Shane Quinn from Manorcunningham who lives in Shanghai in China.

Shane added “Supermarkets, chemists and hospitals were the only buildings open. For about 10 weeks it was terrifying. As I was checking the news each day and the death toll in China was rising by the hundreds, I was wondering was it all about to end.

“It’s important to stay around positive people during this pandemic, in fairness to the Chinese government they were very clear with their guidelines and everyone remained incredibly calm.

“Most citizens in Shanghai never left their complex for weeks and were willing to do whatever it took to save lives.”

In recent days Shane says that businesses have once again begun to open their doors and some form of normality is returning.

“It’s now the beginning of April and there seems to be light at the end of the tunnel. Businesses have started to open up again; the streets are slowly getting back to the hustle bustle, and people are looking a lot happier and healthier than 10-11 weeks ago.

“It’s important to remember that there is cautious optimism here in Shanghai, as everyone is still wearing masks and gloves when they go outdoors.

“Most people are now concerned about the situation overseas and how governments are planning to overcome such difficulties.”

Shane said one of his proudest moments of living in Shanghai was when the Irish community in Shanghai recently raised €20,000 for the homeless in Ireland.

The money, which was raised in just four days was used to buy masks and gloves and other essential items for the homeless.

The teacher said having gone through it himself, a lockdown for an extended period of time is the only way of beating the deadly virus.

He added “I believe a full lockdown for an extended period of time is the only way this deadly virus can be resolved. It seemed to have worked in a country with over a billion citizens, everyone is hoping a second wave is not around the corner.”

“My message to everyone back home is to listen and obey the Government’s instructions and directions. As I have lived through the dark times here in Shanghai, I have experienced at first-hand how difficult it can be to stay indoors for nearly 3 months.

“This is a time when we need everyone to pull together and look after each other. Ireland will get through this pandemic and you will all come out the other side stronger as a nation for it. We are thinking of you all.”

Donegal man in lockdown in China says it will be worthwhile was last modified: April 9th, 2020 by Staff Writer