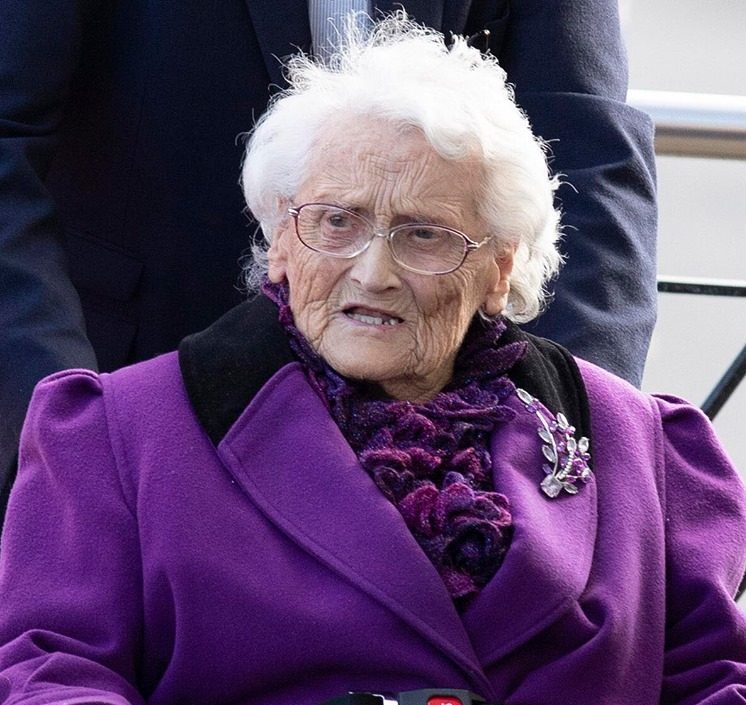 A 104-year-old Donegal woman, who can recall the death of two siblings in the 1918 Spanish flu pandemic, has told of her worry as Covid-19 takes a hold.

Castlefin woman Ruby Druce has survived the two World Wars and watched as the world evolved beyond what seemed possible.

“My brother and sister died of the bad flu,” Ruby – who lost a brother, James, and a sister, Mary Elizabeth – told Donegal Daily.

“A lot of people died. I remember James, but I don’t remember as much of Mary Elizabeth.

“I remember the sadness in the house. They just weren’t there and I didn’t know where they had gone for a long time. It was a good few years before I knew what had happened to them. Children weren’t told about death back then.”

Ruby, who lives in Letterkenny with her niece Margo Butler, doesn’t watch the news these days.

“A lot of bad things are going on in the world now. There are a lot of bad people out there. It’s different now. A lot different. People didn’t know as much back in those days. I suppose that was a good thing.”

Ruby is a pioneer all her life but, aged three, was given poitín when she contracted the flu in 1918 following the deaths of her siblings.

She said: “It saved me, but I never broke the confirmation pledge after that.”

Ruby turned 104 in Decmeber and toasted her big birthday with four generations of the family at a big bash on New Years Eve.

“I’m all closed in now,” said Ruby, who is cocooning following the recent lockdown measures laid down by the government.

Ruby contracted a flu in February and was isolated at the time, but shook it off and is fighting fit again.

Her secret to a long life is ‘plenty of walking, hard work and a daily cod liver oil capsule’.

Even while cocooning. Ruby is still getting her daily walks completed as she walks up and down the hallway of the house. When out and about, Ruby walks as much as she can: ‘If I don’t use them, I’ll lose them,” she quipped.

Margo’s grandchildren still visit auntie Ruby, wave in and blow her kisses, but Ruby misses the interaction with the kids.

Ruby enjoys her visits to her home place in Castlefin, doing her rounds of the graves of loved ones and visiting family. She is especially looking forward to her next meal out in her favourite spots at McGlynn’s, Larkin’s and Arena 7.

“She misses the runs out to see her ‘wee boyfriends’ like Enda and Mark in the restaurants,” Margo says. “They’re all very good to her. She’s waiting patiently for a run out again.”