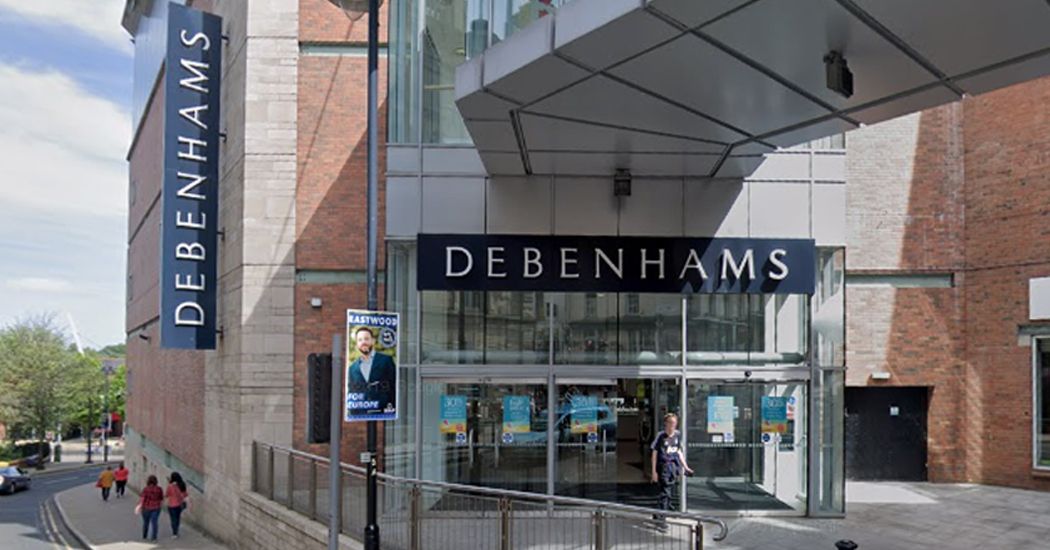 Debenhams has confirmed that its Derry branch will remain open following the shock closure of all stores in the Republic of Ireland.

Up to 2,000 jobs will be lost as a result of the liquidation of the retail giant’s Irish operations.

Eleven Debenhams stores in the Republic were temporarily closed due to coronavirus, but it is now expected that they will not reopen after the crisis.

Debenhams at Foyleside Shopping Centre in Derry employs a number of Donegal workers, who have been on temporary leave due to Covid-19 trading restrictions.

Earlier this week, the UK arm of the company was put into administration for the second time in the past 12 months.

This move led to the closure of all Irish business, while the company said it will continue to trade online in Ireland, the UK and Denmark.

A letter to staff said: “Unfortunately, our Irish business has had trading challenges which were exacerbated by the impact of Covid-19.

“In the UK, Debenhams has entered into administration in order to protect its business.

“Regrettably, due to the challenges facing Debenhams Retail (Ireland) Ltd, it is anticipated that an application will be made to appoint a liquidator to the Irish operations.

“As you know Debenhams has already suspended trading in the Republic of Ireland stores and we can confirm that these stores are not expected to reopen.”