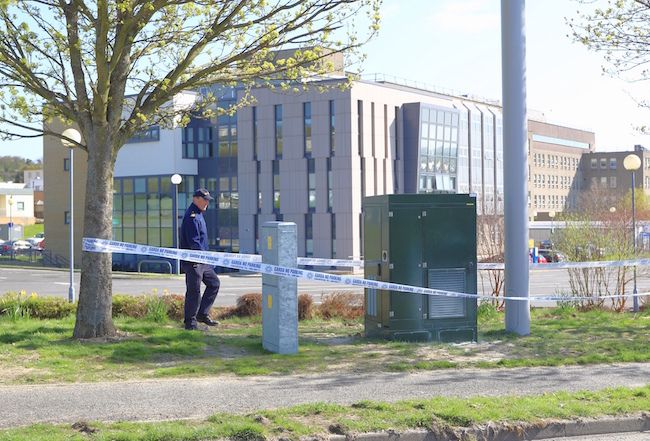 The 5G masts, which are due to be put into operation soon, went ablaze at Long Lane and Dr McGinley Road last night.

Donegal Daily understands that an examination of the scene found pieces of coal at the scene of the fires.

Both the Gardai and the fire service rushed to the scene of both blazes last night.

A full forensic examination of both scenes was carried out by Gardai this morning and the results of those tests are awaited.

However, a Garda source revealed “We do suspect the fires were started deliberately. Traces of coal were found near the control boxes beside the masts.

“We are awaiting the results from our forensic boys but we do suspect this was a deliberate act.” 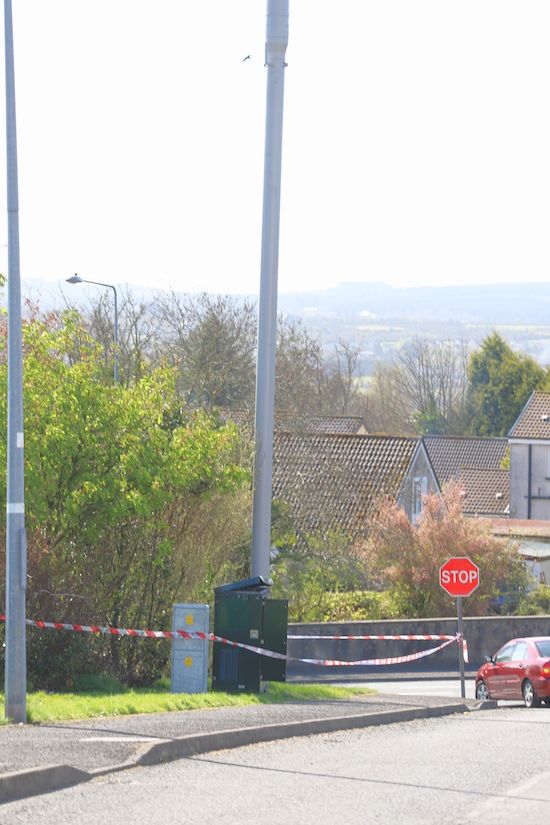 The damaged mast and control box at Dr McGinley Road in Letterkenny. Pic by Northwest Newspix.

The controversial masts, which are approximately 50 feet in height, did have work carried out on them earlier this week.

Local county councillor, Gerry McMonagle, who lives near the scene, condemned the attacks.

He said “We all have our concerns about 5G and we are all awaiting the results of various reports.

“But the reality is that we simply cannot take the law into our own hands and do something like this. It is vandalism at the end of the day no matter what anyone thinks.

“I would appeal to people to desist from engaging in this type of behaviour. The Gardai have enough to be doing without attending scenes like this.”