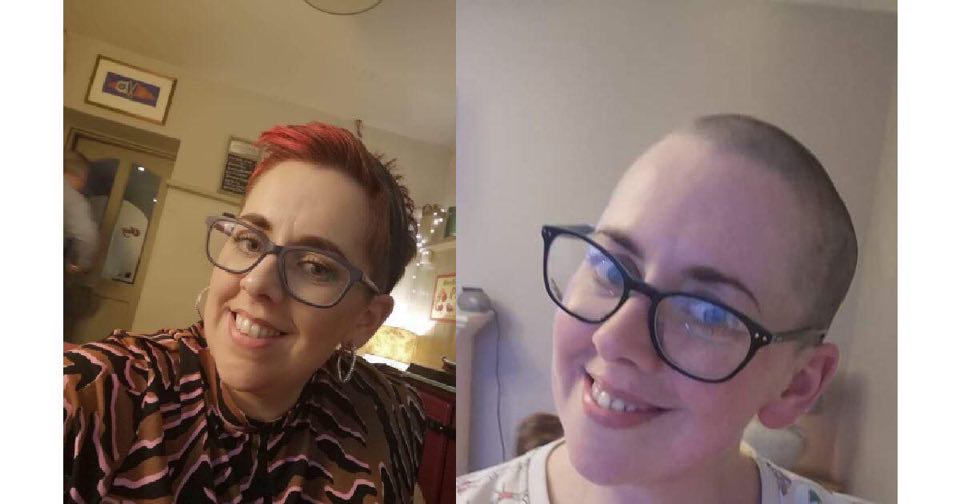 A KILCAR woman who set a modest total for a charity head shave has raised over a staggering €13,000.

In just 10 days, Linda Boyle’s fundraiser – in aid of the Killybegs Community Kitchen – has collected a cool €13,268 on Facebook with other personal donations swelling the fund even more.

“It has been amazing and so heartwarming,” Linda told Donegal Daily.

“It’s really amazing to see such support. I would just like to thank everyone who donated – and who are still donating. Well to everyone from Killybegs Community Kitchen, from the people in the office, the kitchen and all the voluntary drivers.”

She said: “It’s a bit colder now and I’ll have more sympathy for men when they say that now!”

Killybegs Community Kitchen, alongside the COVID Community Response South West Donegal, are helping to provide hot meals to elderly and vulnerable people in an area stretching from Dunkineely to Glencolmcille during the Covid-19 lockdown.

Initially, Linda set a target of €700, but has lifted around 20 times that total.

She said: “It’s a hard time for everyone financially, but people are so good. I’m just gobsmacked at the response.”

Linda and her husband, Gary, own Fusion Bistro in Killybegs and are part of a group driving this venture. Local Donegal County Councillor Niamh Kennedy, Killybegs Mayor Ann Marie Burke, Anne Connaghan from Mrs B’s Coffee House and Kirsty Buchannan from Killybegs who works in the Clanree Hotel in Letterkenny, are among those working tirelessly for the cause.