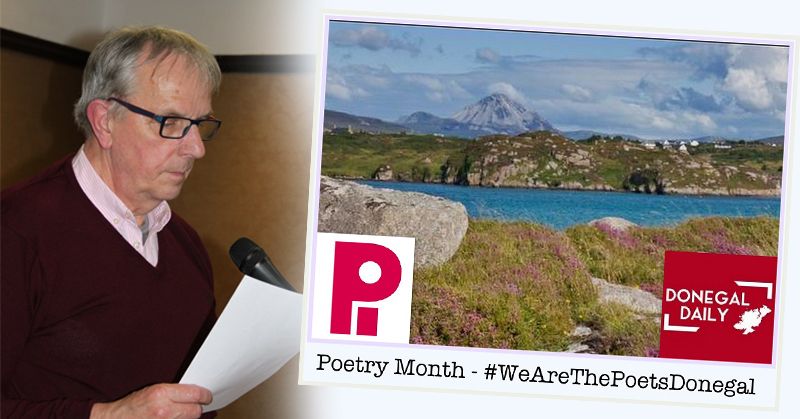 Donegal Daily is celebrating a month of poetry with the #WeAreThePoetsDonegal series, in association with Poetry Ireland.

Throughout April, we will share daily poetry by established writers from across the county.

This series invites you to take a moment to read, enjoy or share poetry in the lead up to Poetry Day Ireland on Thursday 30 April 2020.

‘Jelly ears’ is a common name for a fungus which grows on trees, especially Elder. One of its traditional uses was in the treatment of jaundice (jonders).

An Gorta Mór is Gaelic for The Great Hunger, the famine which, in the mid-nineteenth century, caused Ireland’s population to fall by between 20% and 25%, with a million people dying and a million more emigrating.

The ‘taxation book’ refers to Griffith’s Valuation. Richard Griffith was appointed by the British Government to carry out a valuation survey; his work on this lasted from the early 1850s until 1865 and it is one of the relatively few extant documentary records of land ownership or occupancy in Ireland in the C19th.

Guy Stephenson lives in Letterkenny where he writes, gardens, husbands and fathers. For many years he taught Ceramics and design-related subjects at the Regional Technical College, Letterkenny, now Letterkenny Institute of Technology. At one time, he made and exhibited ceramics with a degree of success; some pieces are in public collections.

Now retired from teaching, he makes poems. These can be found in:

He is a member of Station House Writers and regularly contributes at North West Words.

#WeAreThePoetsDonegal – Click here to read the full series so far.

Visit www.poetryireland.ie for more as we countdown to Poetry Day Ireland.

If this series has inspired you to write your own poetry, you are invited to send them in to wearethepoetsdonegal@gmail.com to be featured at the end of the month.

Donegal to ‘Connect Through Culture’ this Friday

BBC to recall Irish tragedy through the...