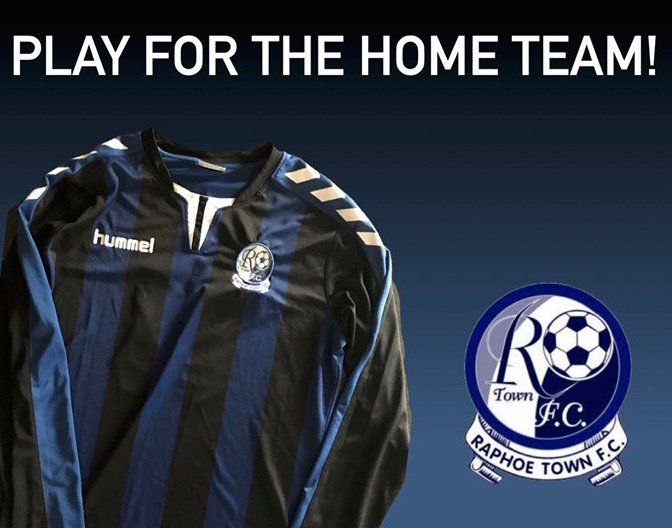 From Barcelona to the back garden for Raphoe Town FC

THE suspension of football activity across the country has impacted all players, but the ongoing crisis has brought extra disappointment for a group of youngsters from Raphoe Town FC – who were due to arrive in Barcelona this week.

Some of the players from the club’s U14 squad were due to play in the Barcelona Cup this week, but all that fell by the wayside due to the Covid-19 restrictions across the globe.

“This had been in the planning for almost two years, so it is disappointing for all the young players and indeed the parents and family members who were due to travel. But the safety of all our members has always been our priority, so right now we are glad that everyone is at home and staying safe,” club secretary, Liam Porter said.

Like the rest of the clubs across the county, Raphoe had also been gearing up for the start of the season in both the Donegal Schoolboys League and Donegal Women’s League, while the club’s seniors were on the brink of promotion in the Donegal Junior League when football activity ceased.

“We have a busy club now in terms of the number of teams we have, while we are also working away on our new club grounds which are close to completion. The support we’ve received from local councillor Frank McBrearty has been invaluable for our ground development and we are very grateful for his recent assistance yet again in helping us secure some much-needed extra funding.”

The secretary put – what would in normal circumstances, be a busy workload of the club – down to the work of a team of brilliant volunteer coaches and committee members who keep everything going.

“We have teams from U6s to seniors, a growing number of girls teams and we really have a great team of people keeping it all going. Keeping everything going hasn’t been easy over the past number of weeks, but like many clubs, we have been using social media to engage with club members,” he added.

Liam, who is also a coach at Raphoe Town, explained that coaches have been setting challenges for the players and asking them to send video clips to share on the club Facebook page, while the club has also shared some puzzles, colouring pictures and links to training drills.

“We’ve had a great response, with not only players from U6 right through to senior team, but also coaches, parents and even former players joining in. It’s been brilliant to see so many people getting outside with a ball in these difficult times,” he said.

The club has also been using its Facebook Page as a way of thanking all the front line workers.

“We are very much a community club and we have many current and former players and parents who are helping their community in the front line right now across lots of different roles. Using our page to say thank you is one small way we can let them know that people appreciate what they are doing. We also launched our #PlayForTheHomeTeam campaign to remind people to stay at home and stay safe,” he added.

While uncertainty continues over when football will start again, the Raphoe secretary says they remain hopeful.

“Right now nobody knows, so all we can try to do is stay positive and ask our players to keep getting outside with the ball as often as they can.

“We’ve had so many plans shelved – the Barcelona trip, other programmes we’ve been running with Donegal Sports Partnership like social soccer and of course training and games for the normal season – but at this moment they are not the priority.

“Football will return, but in the meantime we just want everyone who can, to stay at home and stay safe,” Liam concluded.

From Barcelona to the back garden for Raphoe Town FC was last modified: April 14th, 2020 by Chris McNulty