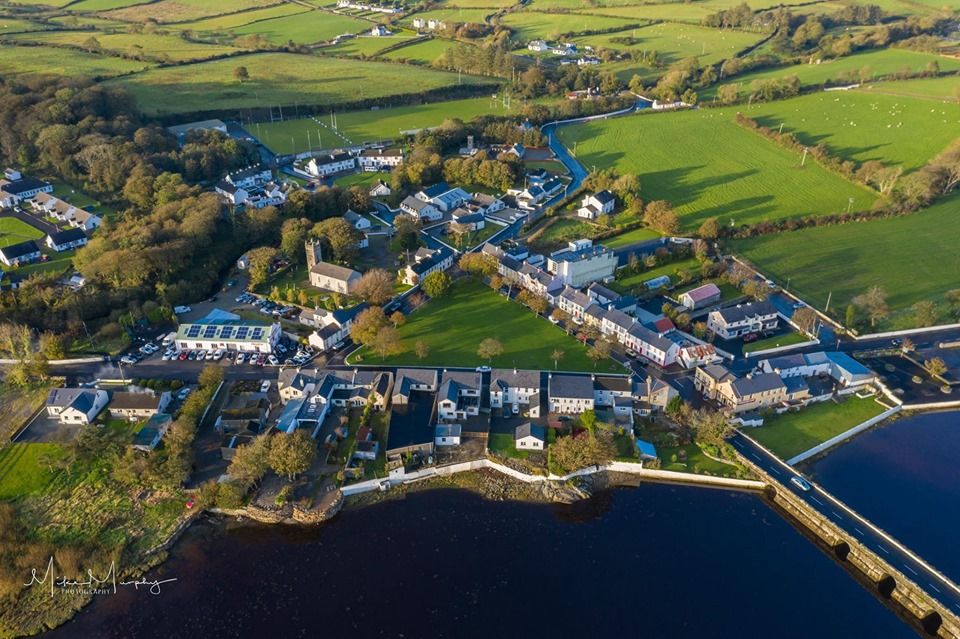 DD Motoring: Distance no object and memories of Malin

THERE are 113 tiles on the kitchen wall at the back of our range, three of which are different.

They have a painted view of Paris, two of which are roughly the same, one has a view of the Cafe de Paris, one of it opened with six chairs and four tables sitting outside and one with it closed with the tables taken in.

On the side wall, the third printed tile sits feet away from where our telly is bolted high on the wall on a swing bar, which recently has told us nothing but bad news,

The third tile has also a print of Paris and has a set of double shop doors with one ajar leading into what looks like a courtyard.

I slipped through that doorway a few times over these last few weeks. This was possible thanks to an invite to join a Facebook group by the daughter of a workmate of my father, both of whom have passed on from this life who both worked on the Rural Electrification national drive by the ESB years ago.

It’s as if our generation got the call up to head to Malin in mind anyway when things are indifferent for a wee break.

It felt no different this week joining a Facebook  group called Malin Memories than the first day I ever travelled and seen the place for real.

Back then it was the start of an eight week holiday, not by design but by pure chance.

Serendipity was to play its part, when my father was told he was to go and work in Malin to service the power lines he helped put in nearly twenty years before.

He was there the night in the late 1950’s the town switched off their generator and connected into the national grid for the first time. Now twenty years on he was heading on a journey to both work and get a break.

So, on the last week of June before the school closed he packed us up  and left us at the Lough Swilly bus station very early one Monday morning in Letterkenny.

His older brother Pat worked at the station and loaded us on to a truck called a mail car. You could say he posted us to Buncrana that day.

My father went ahead with a crew of ESB workmen and left them on site near Carndonagh then doubled back to lift his second crew. The four of us, who waited for him, our luggage packed into plastic shopping bags, as we waited on Buncrana Main Street for our big yellow taxi, an ESB lorry with my dad at the wheel to arrive.

‘Are we nearly there yet?’

It’s around 50 miles from Letterkenny to Malin (69kms in new money), over the Black Mountain and into Carndonagh and out that long straight road heading for Malin.

Piled into a cab of an ESB truck we watched as Malin came into sight. ‘That’s her now boys,; my daddy called, as his voice seemed to suggest that he had unhooked a trailer full of worry and helplessness and baggage he believed he needed to carry and left it along the roadside before he crossed over what us wanes thought was the longest bridge in the world before landing at the green in the middle of Malin Town.

‘Be good for me now boys and sit there to I come back,’ he said as he called into Lily’s to get a box of messages.

Lily landed out to see my father’s boys for the first time. ‘WELL’ was her greeting as she ask us all who are you and who are you.

That first Monday in the last week of June the start of of our holidays we swapped TV, running water, electricity and a flushing toilet, to live for eight weeks in one of the coolest and most beautiful places on earth, and listen to the bar mouth roaring from the Atlantic.

Over the hazy days of summer by day we went everywhere the Quigley’s went as Mr.& Mrs. Quigley made their home ours.

We learned the local language,  Carndonagh, became Carn, the saying ‘dammed apt’ was downloaded to our vocabulary as was the phrase ‘aye likely’ a sound of disbelieve.

We looked for Nell, their wee sheepdog for a full afternoon only to find her later that evening sleeping in the boot of the families Hillman Avenger.

We travelled to the mart in Carn, to Ballyliffin to an old dance hall with a load of wool, which was packed up to the celling and to the bog, also called the moss for turf.

We went into Malin in the evening in the ESB truck after daddy finished work and at the weekend  and run about with the McClean’s Enda, John and Damien.

We went fishing with rinds of bacon from Lily’s shop tied to shop cord to catch crab when the tide was out in Trawbreaga Bay.

We marvelled at what looked like broken pieces of Milk of Magnesia bottles which were mixed with small stones to make the most colourful dry dash on the wall of any house.

Sitting back in my kitchen on this side of my ceramic tile writing up this virtual  journey this week  it’s a joy to see the names of great people in Malin come back in memory on this Malin Page who gave us the space but also looked after us in them difficult years, most of whom have now passed on but the memory of them still lives on.

Lily McGonagle Willie Joe McClean, Harvey Stewart and Madelene and John McClean, to name but a few who all of whom made their home ours be it a box of tomatoes from Harvey derived out to Lagg in his wee Renault 4 or to be included at the table in lily’s or Madelene’s home come tea time or just the relaxed and reassuring easy going of Willie Joe.

For near on 50 years I have always remembered a very kind and easy going man who drove a tractor which looked brand new at the time.

It was the first time I seen a Zetor tractor, which we might have went to the moss in a few times to give a hand with the turf.

In my memory his name was Paddy Le Moan, watching in the memories in Malin memories I wasn’t the only person had his name wrong, seen someone even called him Paddy Malone. It turns out his name was Paddy Liam Owen Mc Laughlin all the time just one of those people you are lucky enough to meet in your journey through life.

There are still 113 tiles on the kitchen wall behind the range, I know because I put them up there nearly twenty years ago.

In a perfect world they could be doing with re-grouting but for now that one painted tile with the half opened door reminds me of being in Lily’s shop in Malin on a summers day all then years ago.

That’s my means of escape.