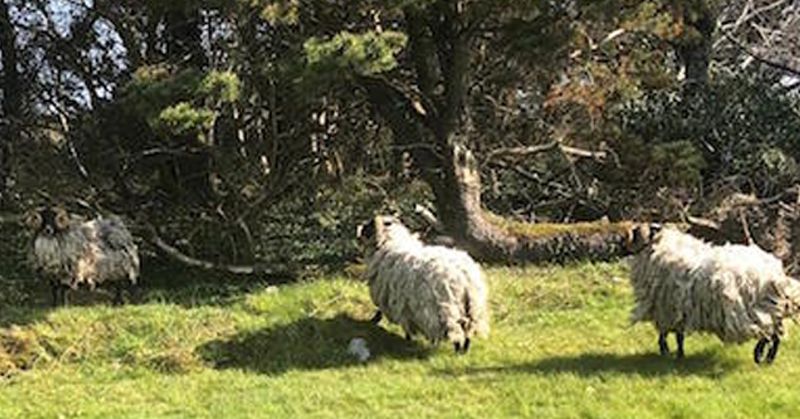 A flock of rampaging rams are causing havoc in West Donegal.

The rams have been damaging property and breaking through fences in recent days.

In one incident one of the rams jumped onto the bonnet of a car as it was passing through the village of Crolly in West Donegal.

It is understood the animals were owned by a local man who has since passed away.

Since then the animals have been allowed to wander through fields and are straying onto roads and creating nuisances of themselves.

Local county councillor Micheal Mac Giolla Easbuig said he has been contacted by locals who are genuinely fearful the out-of-control rams will cause a serious accident.

“People might not see this as a serious problem but it certainly is when they are running onto roads and distracting drivers.

“One recently jumped off a bridge wall at Crolly and ended up on the bonnet of a car which could have had severe consequences.

“Nobody seems to be accepting responsibility for these animals and they need to be dealt with,” he said.

Councillor Mac Giolla Easbuig has been in contact with Donegal County Council in a bid to have the rams lifted.