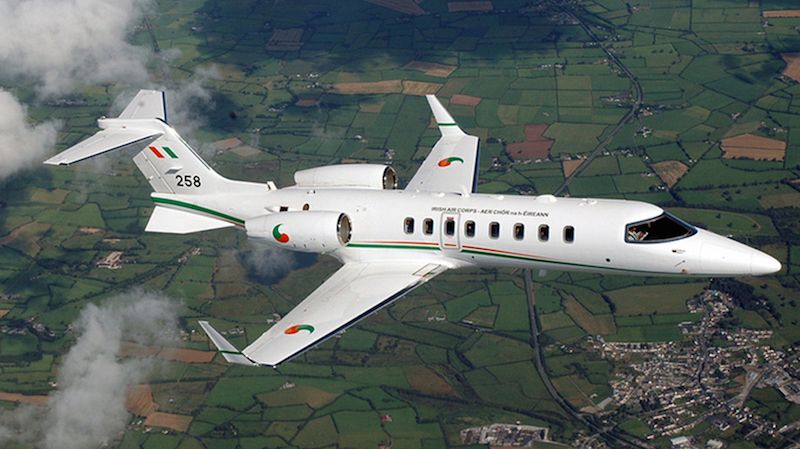 The mystery of what many thought was the Government jet circling Donegal Airport on Friday has been solved.

The distinctive Learjet was spotted circling the skies over Carrickfin.

Many thought Leo Varadkar or another Ministerial officer had arrived in Donegal.

However, a spokesperson for the Defence Forces has solved the mystery.

The jet had left Dublin earlier before heading to Cork and then circling Donegal Airport before returning to the capital.

A spokesperson said “I can confirm that an on-island training flight of the Learjet was conducted by Óglaigh na hÉireann at Cork and Donegal yesterday.”

The Aer Corps LearJet is normally used for Government transport or as an air ambulance service.