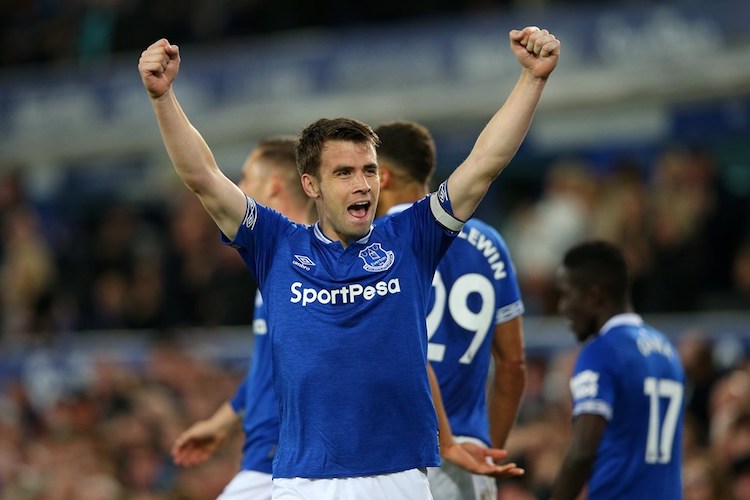 SEAMUS Coleman has told how he has been calling up some elderly Everton fans and season ticket holders to check in during the Covid-19 shutdown.

Everton launched the ‘Blue Family’ initiative, which is keeping fans in touch with the club.

Coleman, the Everton captain, and other players and staff have taken to ringing supporters in recent days.

“I was more than happy to get on the phone to a few elderly fans or a few season ticket holders, just make sure they’re doing OK,” Coleman told Sky Sports.

“For us, it’s picking up the phone for five minutes but it can mean a lot so I think it’s so important that the players do that. That really is part of what Everton are.

“Playing for Everton, early on you realise it’s a family club and a community club and the work that they do is second to none.”

“From when this all started, the club got in touch with different scenarios, like ringing elderly fans or birthday messages.

“I know a few of the lads have been doing home training videos to keep people entertained.”

Coleman took over as skipper at Goodison Park last summer and last weekend new Republic of Ireland manager Stephen Kenny confirmed that the Killybegs man will retain the country’s armband for his tenure.

Coleman is in his 11th year on Merseyside and has made over 300 appearances for the club.

He appeared a natural successor as captain last year and said: “It’s not something I campaigned for or went knocking on the door asking for, I just go about my business as normal every day and thankfully for me, some managers see the attributes I have to be a captain.

“I work hard, I have got standards for myself and everyone else, and I just want the best for everyone at all times.”