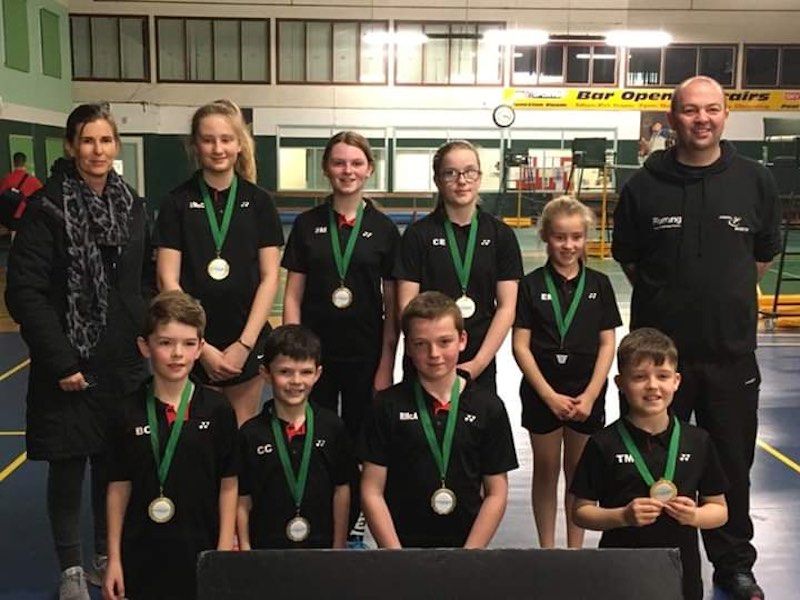 In their last outing before the Covid-19 lockdown, the Raphoe Central NS boys and girls teams won the competitions hosted by Badminton Ireland at Baldoyle.

The boys doubles team progressed unbeaten through their group before defeating St Michael’s NS from Waterford in the final.

The Raphoe Central girls doubles were also unbeaten in the round robin stage and overcame Scoil Chronain Naofa from Tipperary in the final.

This is the second year Raphoe Central NS has taken part in this competition and the boys team won the tournament in 2019, so they are now back to back champions.

Sam Magee, Irish international badminton player and 2019 European Games bronze medalist, called over to see the action and cheer his home teams on. Maybe some of the children will follow in his footsteps.

Drew Chambers and Elaine Chambers were the coaches on the day and lots of proud parents were there to cheer their children on.

The Girls team was made up of Cara Eaton, Sarah Macbeth, Hannah Magee, Emily Maxwell.  They are pictured with their coaches Drew Chambers and Elaine Chambers.

The school had planned to recognise the children’s achievement at the raising of their second Active Flag but this had to be cancelled due to the school closure.