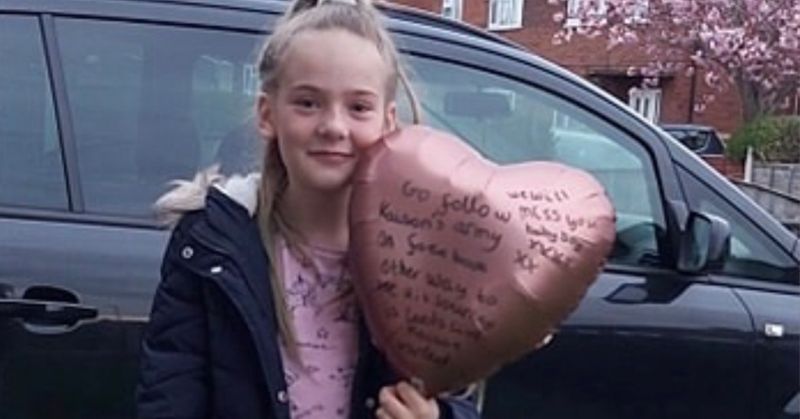 A tribute to a special baby boy from the UK has come a long way after being discovered in Donegal.

Moville woman Anne McLaughlin was out enjoying the sunshine today when she came across a balloon.

On the balloon was a handwritten message, in memory of Kaison Varley.

Kaison, from Leeds, was just eight months old when he passed away on Easter Sunday.

The ‘little warrior’ had battled mitochondrial disease and many other health problems in his short life.

A Facebook page was set up during his illness to raise support for Kaison’s family. Now, the ‘Kaison’s Journey‘ page is a place to remember a beloved baby boy.

Nobody expected his journey to reach as far as Donegal though.

Balloon found in Moville on Monday

The balloon’s message led Anne and her son Dean to research Kaison’s story and connect with his family and community.

It emerged that the balloon was set off a week ago in Wakefield, Leeds, by a young girl named Jessica. Kaison’s mother Donna Varley said the find was “amazing”.

The balloon was set off from Leeds by Jessica

Dean told Donegal Daily: “I posted on the page with photos of the balloon and got a huge response. I got in contact with Kaison’s parents and with the little girl who let the balloon off.

“Kaison’s mum had one request she asked for me to spread Kaison’s story as far as I could to raise awareness on the terrible disease he had.”