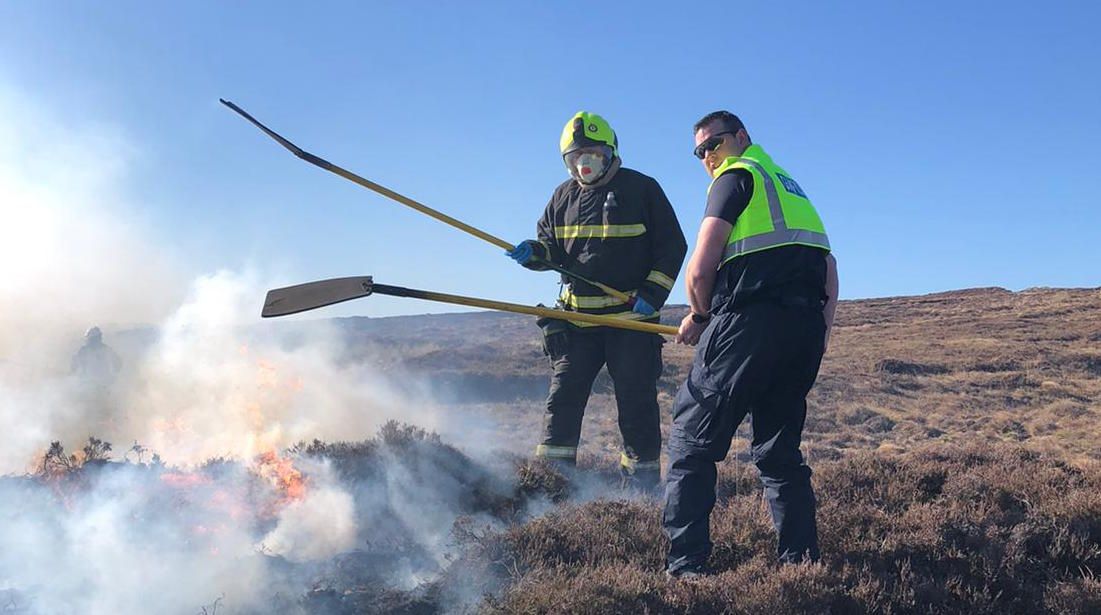 The fire service has managed to bring a serious gorse fire under control in West Donegal.

The fire broke out in Goath Dobhair this afternoon.

Local county councillor Micheal Mac Giolla Easbuig appealed to people to act responsibly and not to dispose of ashes or anything that could cause a fire.

He said “Only this time last year we saw what damage gorse fires can do here in Donegal.

“I would appeal to people to be careful and not to dispose of any ashes or cigarettes which could easily start a fire which could run out of control.”

Donegal County Council issued an appeal to people last week following a weather forecast for a period of dry weather.