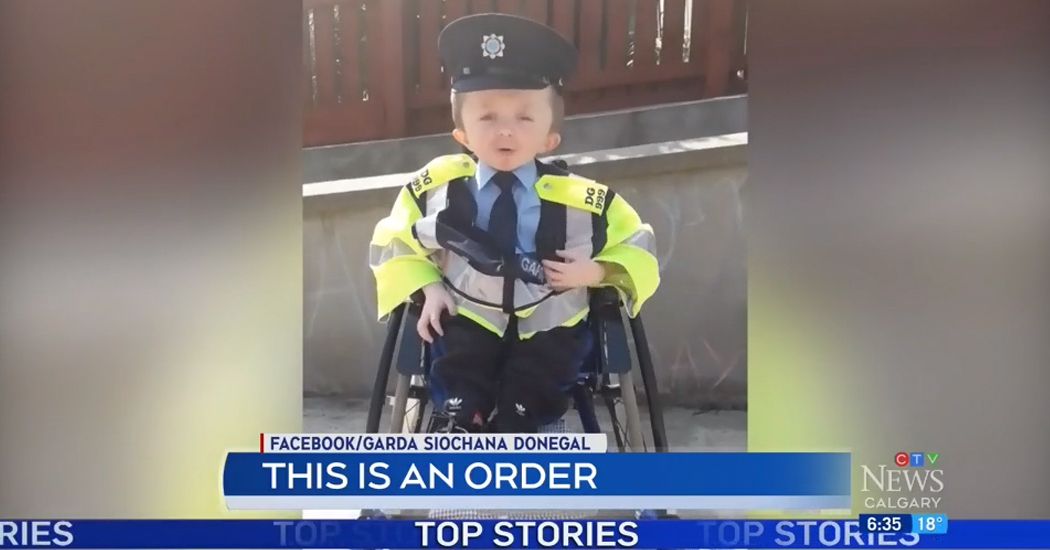 CAN you believe it – Garda Jack makes the Canadian headlines!

Jack, aged nine, has become a worldwide sensation after making a special broadcast on behalf of his colleagues in An Garda Siochana Donegal.

And that number will grow even more after CTV News in Calgary, Canada hosted a special feature on the video.

Jack’s appeal was aired during a primetime news slot on CTV News at 6 on Monday evening.

CTV News at 6 presenters called Sgt Beattie “the cutest” and commented that Donegal was a “beautiful place”. 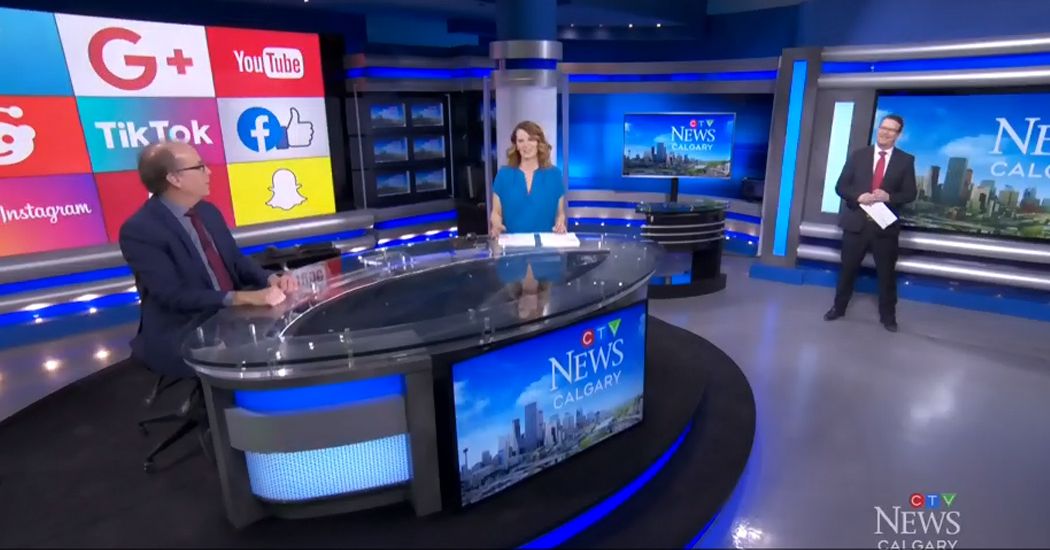 As a Little Blue Hero, Jack is only too happy to do his duty and make videos such as this for his community. The popular boy had an unforgettable birthday last month, even though he was in isolation with his mum Ruth and dad Kenneth.

Jack, who was born with Osteogenesis Imperfecta, also known as Brittle Bone Disorder, is isolating to protect his health during Covid-19. That didn’t stop him receiving well over 1,000 birthday cards and gifts, enjoying a home concert AND being promoted.

On his big day, the keen crimefighter was surprised with a promotion to the rank of Honorary Sergeant by Superintendent Michael Finan, Letterkenny District HQ.

Jack’s Covid-19 safety video was one of his first missions in his new role – and the success of this has already proven that he is an invaluable asset to the force.