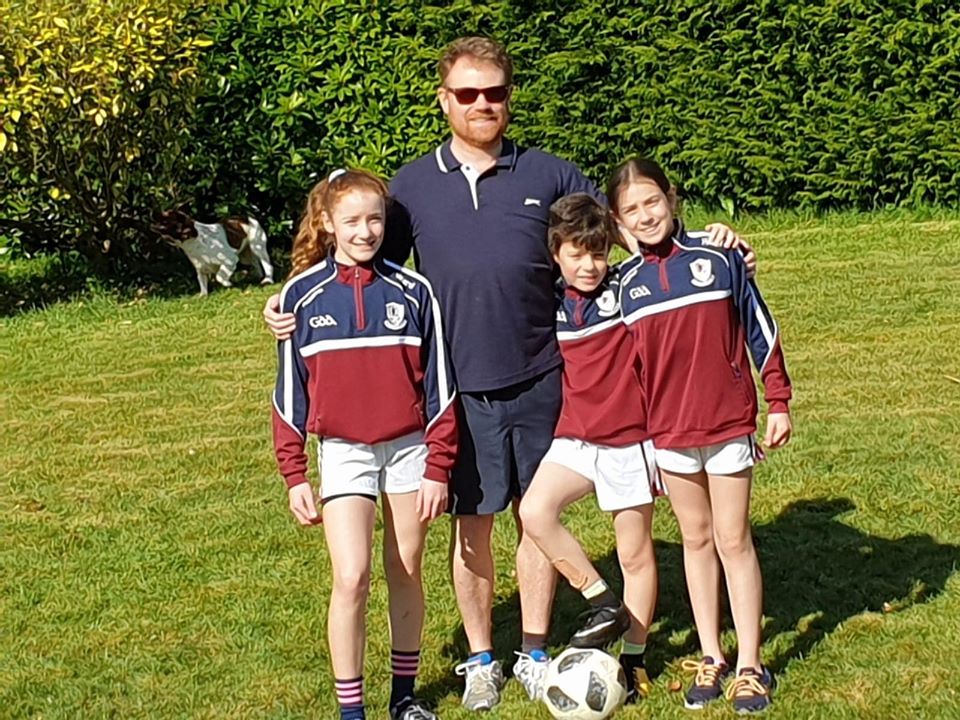 THE action may have come to a standstill at Pairc na nGael in the Glebe, but that hasn’t stopped the members of Letterkenny Gaels GAA continuing with their training.

The players, parents and coaches have been busier than ever with their training as it moved from the pitch to the back gardens and across a number of social media platforms.

The Covid-19 restrictions have resulted in all GAA activities being suspended for the foreseeable future.

The gates at Pairc na nGael have been locked and the pitch and facilities are all off limits under the current Government restrictions.

However, that hasn’t stopped the Letterkenny Gaels players and coaches continuing with their training.

Club Coaches looking after teams from under eights up to the Senior Team have been busier than ever organising and coordinating on-line training programmes and skills challenges.

Coaches have been sending out training programmes and football skills challenges for the boys and girls to keep busy with, while they are social distancing at home.

One of the Letterkenny Gaels coaches involved in organising the online activities is Brian Sweeney.

He said, “We decided to put together home skills challenges and practice drills for the younger age groups (U8 – U11) and full training programmes for the older teams (U12 – U18).

He said: “We were naturally nervous at the start as people have more important things to be concerned about in these uncertain times.

“However, the feedback we have received has all been very positive. Parents were delighted to receive skills challenges that the boys and girls can practice at home.

“Parents have been responding by sending back short video clips of the players practicing their skills.”

Last Sunday, Letterkenny Gaels underage academy director Keith Gallagher organised an online group training session.  Families from Letterkenny Gaels were asked to all train in their back gardens from 11am to 12noon (their normal Sunday morning academy training time).

Families were asked to send in a short video clip or photo which will be used to compile a short video film to commemorate the occasion.

The Gaels received over sixty photos and video clips which they are now editing and pulling together into one short video.

Brian added: “Club coaches such as Keith Gallagher, John McGilloway, Ryan McGee, Declan Barrett, Darragh Sampson, Kevin McGarvey, John Doherty, Michael O’Connor and Charlie Creevy have all been actively managing their respective groups and teams online and it’s a great credit to them to be giving up their time.

“It is really keeping the players motivated and the coaches and players are itching to get back out training, which hopefully will come sooner rather than later.”