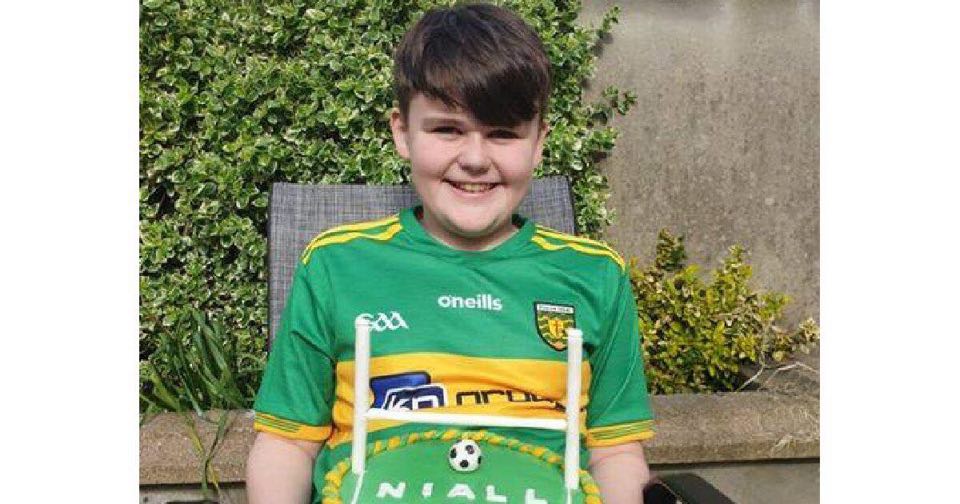 A DONEGAL town schoolboy missing his Gaelic football fix managed to get his hands on Sam Maguire for his birthday!

Niall has been reared watching Donegal over the years.

“He was even at a game before he was born!” says his mum, Yvonne.

On a break from school, at Niall Mór NS in Killyegs, he’s looking forward to getting back into Ms White’s sixth class again soon.

His mum said: “He couldn’t have a party, but he still got Sam Maguire back to Donegal in the form of a birthday cake made by Creative Cakes by Dee – there might be no Championship but we’ll keep Sam until 2021!”

The day certainly cheered Niall up. His grandfather. Seamus Callaghan, sadly died in and his remains are en route back to Donegal at the moment.