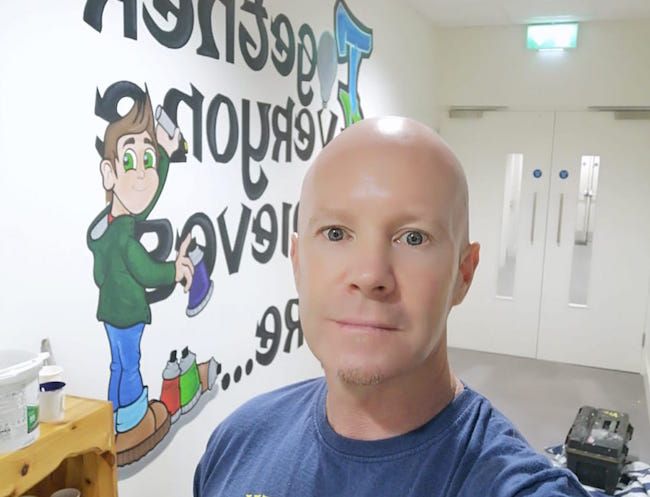 From the frontline to RTE’s Operation Transformaiton for Jarla

Donegal cartoonist Jarla will be zooming into the nation’s households next week after being asked to appear on RTE’s hugely popular Operation Transformation.

Although an avid fan of the gym himself, the Letterkenny man won’t be flexing his muscles on the show.

Instead, Jarla (Duffy) will be teaching the featured families how to cartoon from the comfort of their homes.

Jarla, who is originally from Convent Road (Back Road) has built up a huge following in recent years as a cartoon tutor.

His work features in dozens of schools across the county and also in Letterkenny University Hospital where he is a frontline worker.

In recent weeks he has launched his own cartooning YouTube show to help children pass the time during lockdown.

RTE heard of his talents and called to his home in Glencar recently to film him doing what he does best.

A delighted Jarla told Donegal Daily “It’s nice to get a bit of exposure but I’m just delighted that the kids are tuning into the YouTube channel.

“I love cartooning and I’ve been at it for as long as I can remember. It’s great to see the satisfaction kids get when they see their finished cartoons,” he said.

From the frontline to RTE’s Operation Transformaiton for Jarla was last modified: April 24th, 2020 by Staff Writer