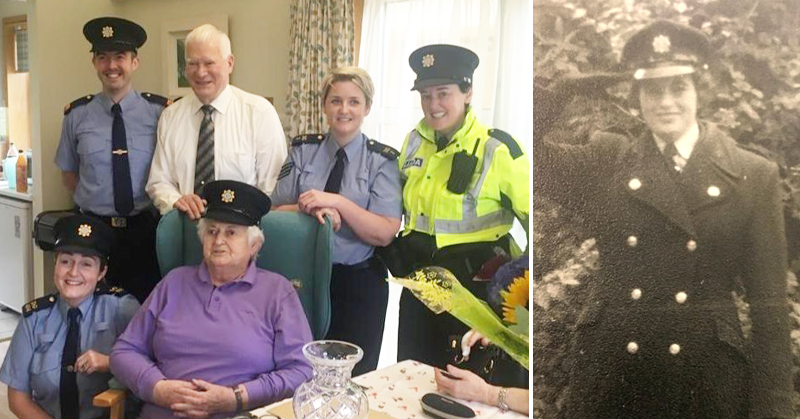 A DONEGAL woman who was one of the first female members of An Garda Síochána 61 years ago has sadly passed away.

Tributes have been paid to Kathleen Kelly, who slipped to her eternal rest last night at the Donegal Hospice

Last July, Garda Kelly, née McFadden originally from Gaoth Dobhair and late  of 6 Hawthorn Heights Letterkenny, was honoured on the 60th anniversary of her joining the force.

Kathleen was one of 12 females, selected from 178 applicants, to undergo a six-week training programme at the Phoenix Park depot.

The pioneering dozen were allocated to Pearse Street Garda Station.

Kathleen’s trailblazing policing career led her to meet her husband, retired Chief Superintendent Tim Kelly. Together, they had five children.

`There are now over 3,000 female members of An Garda Síochana with females accounting for over 20 per cent of the force.

Funeral arrangements to be confirmed later.