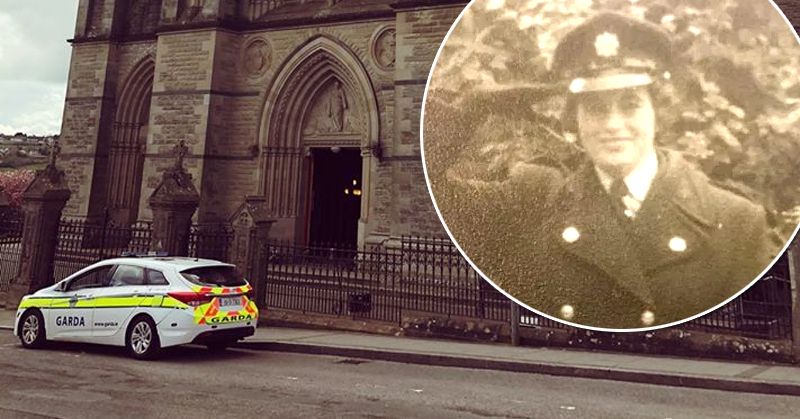 Donegal gardaí made a special mark of respect to the late Kathleen Kelly today as her funeral Mass took place in St. Eunan’s Cathedral.

Ms Kelly, who was one of the first female members of An Garda Síochána, passed away last Friday in the care of staff at the Donegal Hospice.

Garda Kelly, née McFadden originally from Gaoth Dobhair and late of Hawthorn Heights Letterkenny, was a trailblazing member of the force, being one of only 12 women to join in 1959.

The pioneering dozen paved the way for thousands more women to follow in their footsteps.

Ms Kelly’s lasting legacy in Donegal was marked with a special show of solidarity by gardaí today. As her mass took place in private, a single garda car was parked outside the cathedral, representing the guard of honour that would have taken place in different times.

Posting on the Garda Siochana Donegal Facebook page, a spokesperson wrote: “We wish to extend our deepest sympathies to her husband, retired Superintendent Timmy Kelly and to all of her family and friends. May she rest in peace.”

A memorial Mass for Ms Kelly is set to be held at a later date.

A poignant mark of respect at funeral of trailblazing Garda Kathleen Kelly was last modified: April 27th, 2020 by Staff Writer