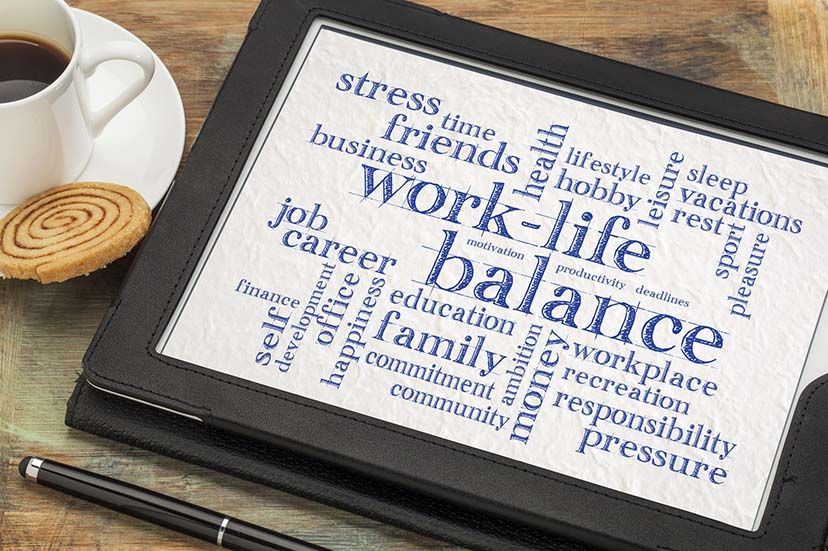 Keeping body, soul and our finances together during Covid-19

It’s a difficult time for everyone, with the Covid-19 outbreak bringing difficult and unparalleled changes to how we live and work.

Here at Donegal Daily, we are launching a finance and business series with Lighthouse Partners, in which we will feature advice, tips and keep you informed on everything relating to personal and business finance.

Lighthouse Partners, who feature in the book “The World’s Most Inspiring Accountants”, is a specialised business restructuring and finance advisory firm who strive to achieve the best possible outcome in the most complex financial business problems and passionately believe that financial security can have a real impact on people’s health and well-being.”

By Seán Carr of Lighthouse Partners

Covid-19 is causing unprecedented financial strain on many households throughout Ireland and every household in Ireland is impacted in one way or another.

Health comes before wealth, however, it is probably more important than ever to reduce the stress and worry that financial issues as it can cause a severe impact on your immune system and mental health.

‘’If the only prayer you said in your whole life was “Thank You”, that would suffice.’’ -Meister Eckhart

We are very lucky in a world context. If for example we shrank the world population to exactly 100 people and their living conditions-80 would dwell in substandard housing, 70 would be unable to read and half would suffer from malnutrition. Only one person would have a college education and only one would own a computer.

In terms of human life, we are indeed hundreds of times more blessed than the one million who will not survive this week in the world for one reason or another or the billion who are hungry in our world today.

If you never have experienced the danger of life or death battle, never suffered by being imprisoned, felt the agony of torture or the pangs of starvation you are least ahead of 500 million people in the world and probably many times more than that.

If you have food in the fridge, clothes on your back, a roof over your head and a place to sleep, believe it or not you are richer than 75% of this world’s population.

If you have money in the bank, in your wallet and even a few euro of spare change-you are among the top 8% of the world’s wealthy people.
Sometimes we need a bit of perspective just like this to understand that we are very fortunate in many ways.

“He is a wise man who does not grieve for the things he has not, but rejoices for those which he has.” Epictetus

“Your health is your real wealth & not pieces of gold & silver.” Mahatma Gandhi
Three pieces of advice and insight from the wisest, Dalai Lama, the richest Warren Buffet and the cleverest Alexander the Great, who could be considered some of the most influential people in history, about money and materialism.

When asked what surprised him about humanity the most, the Dalai Lama replied: “Man. Because he sacrifices his health in order to make money. Then he sacrifices money to recuperate his health. And then he is so anxious about the future that he does not enjoy the present; the result being that he does not live in the present or the future; he lives as if he is never going to die, and then dies having never really lived”.

When Warren Buffet, one of the richest people in the world, was asked what give advice would he give to his sixteen-year-old self.

Hew said “Let’s say that when I turned sixteen, a genie had appeared to me. And that genie said, ‘Warren, I’m going to give you the car of your choice. It’ll be here tomorrow morning with a big bow tied on it. Brand-new. And it’s all yours”.

Having heard all the genie stories, I would say, ‘What’s the catch?’ And the genie would answer, ‘There’s only one catch. This is the last car you’re ever going to get in your life. So, it’s got to last a lifetime.

But, can you imagine knowing it had to last a lifetime, what I would do with it?

I would read the manual about five times. I would always keep it garaged. If there was the least little dent or scratch, I’d have it fixed right away because I wouldn’t want it rusting. I would baby that car, because it would have to last a lifetime.

That’s exactly the position you are in concerning your mind and body. You only get one mind and one body. And it’s got to last a lifetime. Now, it’s very easy to let them ride for many years.

But if you don’t take care of that mind and that body, they’ll be a wreck forty years later, just like the car would be.

It’s what you do right now, today, that determines how your mind and body will operate ten, twenty, & thirty years from now.

The meeting of Diogenes, a Greek philosopher and Alexander the Great, is one of the most discussed anecdotes from philosophical history.

It is hard to imagine a more unlikely pair.

Alexander was the brash young king of Macedonia, who had conquered Greece and was on his way to conquering the world.  Diogenes was an antisocial philosopher who lived in a barrel and rejected all of the norms of civilized behaviour.

Word of Diogenes’ wisdom and peculiar ways reached the greatest military leader at that time. As a child, Alexander was tutored by Aristotle and when he became a grown man, he was a learned man.

But wisdom is addictive, and Diogenes intrigued the young commander. One day Diogenes saw a child cupping his hands to drink water, after that he threw away his own cup, remarking something along the lines of “A child has beaten me in plainness of living.”

Philosophers, and public figures used to come out to see their king and to offer him praise, gifts and compliments and he expected Diogenes to do likewise.

But since that philosopher took not the slightest notice of Alexander, and continued to enjoy his leisure, Alexander went in person to see him; and he found him lying in the sun.

On that day, enjoying the sunlight, Diogenes heard movements of a large crowd, and trumpets signalling the arrival of a great man.

Diogenes raised himself up a little when he saw so many people coming towards him and fixed his eyes upon Alexander. And when that monarch addressed him with greetings, and asked if he wanted anything, “Yes,” said Diogenes, “stand a little out of my sun.”

It is said that Alexander was so struck by this, and admired so much the haughtiness and grandeur of the man who had nothing but scorn for him, that he said to his followers, who were laughing and jesting about the philosopher as they went away, “But truly, if I were not Alexander, I wish I were Diogenes.” and Diogenes replied “If I wasn’t Diogenes, I would be wishing to be Diogenes too

“Healthy citizens are the greatest asset any country can have.” Winston Churchill

A financial wizard is a person who manages to live within their income. It’s always good to know exactly what you’re spending. Money comes in, money goes out and the classic saying applies: the more you earn, the more you spend.

If you don’t exactly where your money is going every month, it’s hard to see how you can spend less. If you don’t have a financial plan, it is probably possible to guess your bank balance within €1,000.

Budgeting lies at the foundation of every financial plan. It doesn’t matter if you’re living pay-day to pay day, you need to know where your money is going if you want to have a handle on your finances.

Unlike what you might believe, budgeting isn’t all about restricting what you spend money on and cutting out all the fun in your life. It’s really about understanding how much money you have, where it goes and then planning how to allocate those funds best.

When you make a personal spending plan, you will start to see trends which makes planning much easier.

Tracking or saving money becomes less of a struggle when you have the right tools on hand. Websites like ww.mabs.ie is a great resource for guidance and budgeting tools.
Some financial institutions can track your spending for example AIB and Revolut, which help you manage your budget on the go and track your spending automatically. You can also create a monthly spending plan, for the months ahead, in about 10 minutes using www.youneedabudget.com (YNAB).

www.askaboutmoney.com is a very useful online free Irish consumer forum for people who have questions and queries on everything related to money.

It is impossible to know how long the current lockdown will continue but it would prudent to budget for the next 3 months until the end of June.

“You can’t manage, what you don’t measure.” Peter Ducker

Keeping body, soul and our finances together during Covid-19 was last modified: April 29th, 2020 by Staff Writer