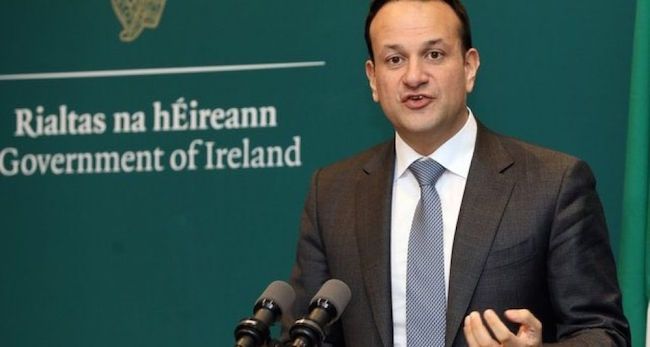 Taoiseach warns that Ireland is ‘not there yet’

The Taoiseach has issued a warning that Ireland is “not there yet” to ease lockdown restrictions.

He said the numbers around ICU admissions, new cases and deaths due to Covid-19 “just aren’t good enough”.

Speaking this morning, Mr Varadkar acknowledged that the public are “enormously frustrated” with the public health measures.

He said: “We expect to be in a position to share the exit strategy with the Irish public in the next couple of days, certainly over the weekend.

“We’ll be getting new advice from the Chief Medical Officer on Friday as to when we should start that process of reopening the economy and the country.”

“I don’t think I’d be out of school by saying that those numbers just aren’t good enough yet.

“Maybe it will change significantly by Friday, but as things stand I don’t think we’re there yet.”

He also said that advice on wearing face masks in public is under consideration and the government could be in a position to offer revised advice to the public later this week.

Taoiseach warns that Ireland is ‘not there yet’ was last modified: April 29th, 2020 by Staff Writer