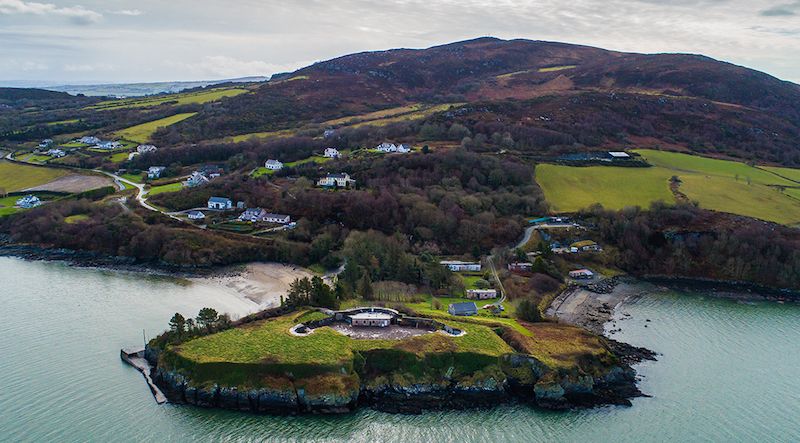 Since the beginning of the year, Donegal County Museum has been working with the community of Inch, to create a virtual museum exhibition that explores this beautiful island’s extraordinary heritage.

Since their first meeting with the community in late January, they’ve traipsed across boggy fields, down muddy boreens, and along strands littered with oyster-shells.

Working in partnership with Ulster University’s School of Computing, Engineering and Intelligent Systems, the museum has now launched their new website, www.inchheritage.org

This website is an accessible, easy to navigate, reflection of the community’s interests, with much of the content created by the islanders themselves.

Did you know, for instance, that Inch’s Irish name is Inis na n-Osirí, the island of the oysters? Did you know the graveyard at Strahack contains hundreds, possibly thousands of graves, and was split in two by British sappers in the late 19th Century?

Did you know there are hundreds of metres of 18th Century underground mill races on the island? Did you know that Inch Fort was once armed with Armstrong Disappearing guns, and was occupied by anti-Treaty forces in 1922? All of this information and more is available on the new website.

Donegal County Museum would like to take this opportunity to thank the islanders for their enthusiasm, interest, contributions and hospitality over the last few months.

They hope they will then be able to add to the site in the months ahead. The Inch Co-Production project has been funded by the EU’s Northern Periphery and Arctic 2014-2020 programme and is part of the CINE project a collaborative digital heritage project between 9 partners from Norway, Iceland, Ireland, Northern Ireland and Scotland.
http://cine.interreg-npa.eu/about-the-project/