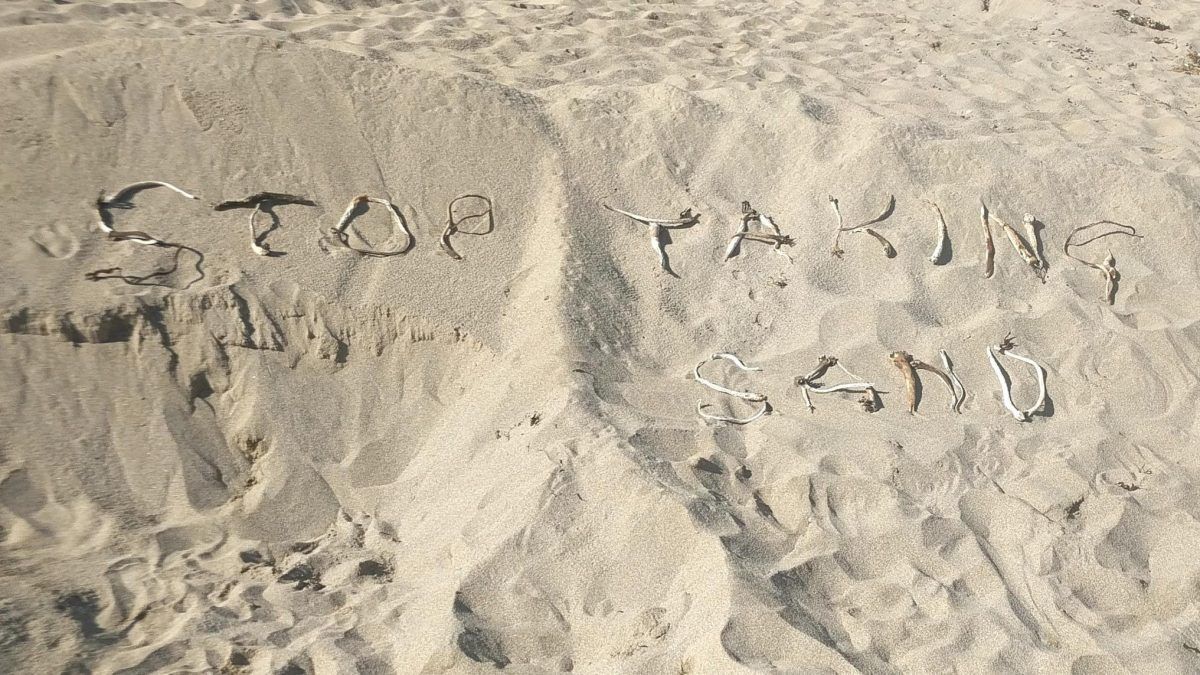 ANGER has been expressed as large quantities of sand has been removed from a scenic beach in Donegal.

Residents near the picturesque Dooey beach near Downings on the stunning Atlantic Drive say they are ‘outraged’.

The beach has been clearly marked with tracks which locals believe have been made by a digger bucket.

“It is a regular occurrence and it seems as if these people go down in the dark of night when no-one is around,” one concerned resident told Donegal Daily.

“The beach looks so different in the past few weeks. It has become more regular since the lockdown began. It is almost a daily occurrence now.”

Some local people have taken to putting a message in the sand.: Stop taking sand’.

It is understood that the matter has been raised with Donegal County Council.

The resident said: “I don’t think these people realise the damage they’re doing to the environment. Future generations won’t have a beach if this keeps up.”

Breaking: Concern over 20 new cases of...

#LoveDonegal day gets the county trending