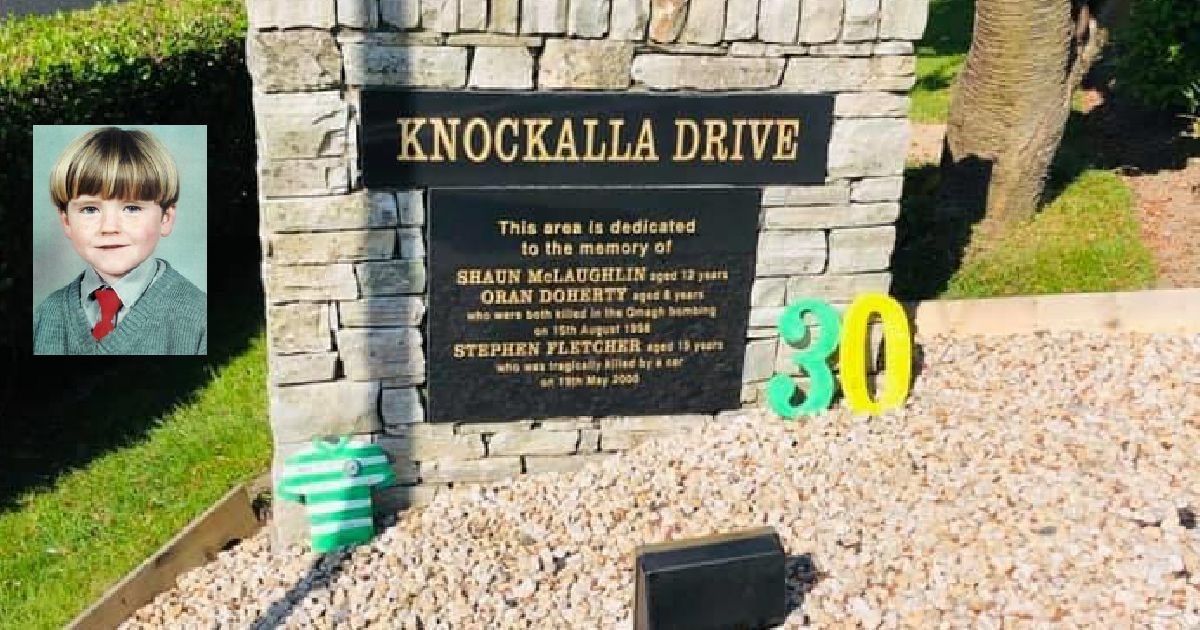 TWO poignant clay mouldings seem to shine a little brighter at the entrance to Knockalla Drive in Buncrana.

The May Bank Holiday sunshine cast glowing beams on a locked down Buncrana.

But at the entrance to Knockalla Drive, a touching tribute was paid to mark Oran Doherty’s 30th birthday.

Oran was just eight years old when he was blasted to death in the Omagh Bombing on August 15, 1998. He would have turned 30 on Saturday.

His second cousins, Ellie Duffy and Millie Duffy, painted the moulds, sourced from Busy Brush in Buncrana – one in the guise of a Celtic jersey and the other showing the digits 30.

A marble plaque at Knockalla Drive remembers Omagh Bombing victims Oran Doherty and Shaun McLaughlin (12), who lived in the estate when they were tragically killed 22 years ago.

The plaque also remembers Knockalla Drive resident Stephen Fletcher, who was 19 when he was killed when hit by car in May 2000.

Oran was one of 29 people killed in the Omagh Bombing. Shaun McLaughlin and James Barker (12), from Ballintrae, Buncrana, were also among the victims.