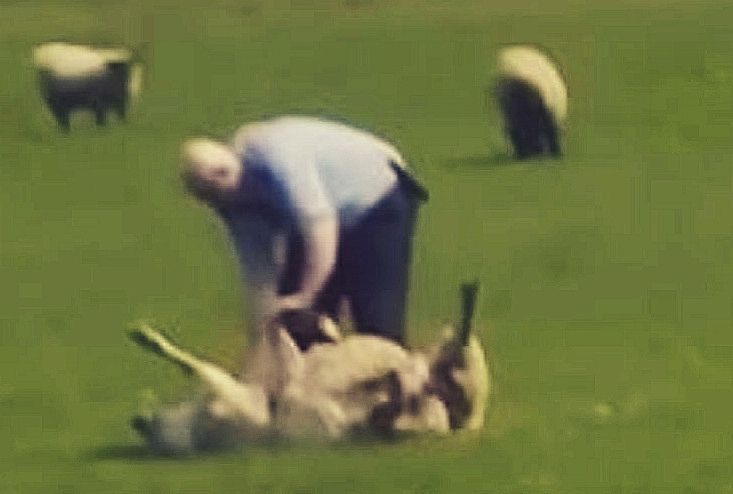 No pulling the wool over Garda Mick’s eyes!

And ‘ewe’ would have to be quick to pull the wool over his eyes.

Always on hand to tackle a crisis, Mick spotted this sheep in distress and decided to take a hands-on approach to sorting the matter out.

A Garda spokesperson said they would like to remind people not to pass by sheep if they appear to be in distress.

The spokesperson said “If you are out walking in the countryside and you happen to see a sheep lying on its back with its legs in the air, you should alert the owner if you know them or any local farmer.

“Sheep do not naturally lie on their backs and they cannot easily get into an upright position again by themselves. So if you see one in that position there’s a good chance that it could be in trouble.

“A sheep is at an especially high risk of getting stuck on its back while it is heavily pregnant.

“It is then highly vulnerable to attack from predators such as crows when it is on its back. Being stuck in this position can also cause suffocation.”

No pulling the wool over Garda Mick’s eyes! was last modified: May 7th, 2020 by Staff Writer