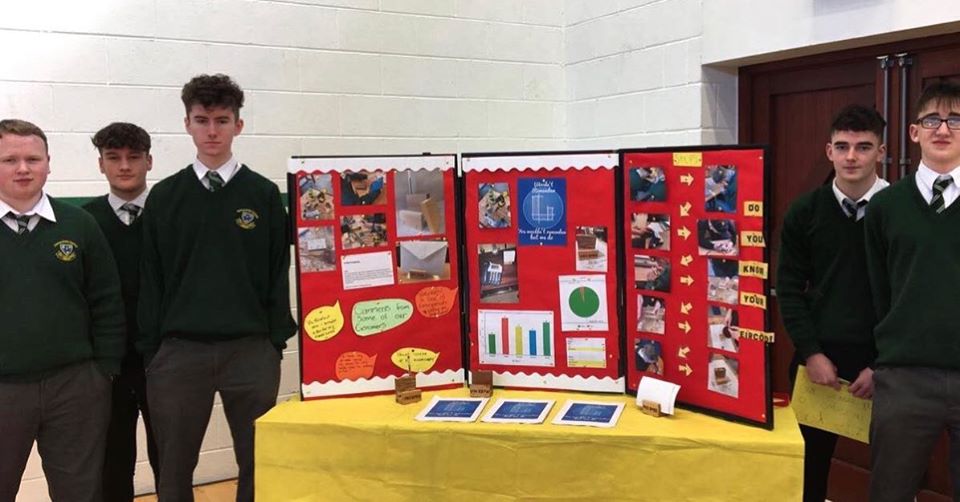 Eir Adhmad are producers of handmade wooden letter holders with the unique Eircode specially engraved into each one. The students had a video endorsement and song from infamous Donegal singer Daniel O Donnell as part of their presentation.

‘Páistí go 1km’ from Gairmscoil Chú Uladh, Baile na Finne also made their mark on the final with their innovative company, Paistí go 1k, a colourful and informative booklet for children bringing them through an easy to follow 7 day plan with an aim to run 1 km.

Despite their significant efforts the Donegal students were unlucky not to take the title. Edging out competition from around the country however Rí na bhFocal from Pobalscoil Chorca Dhuibhne, Daingean Uí Chúis, Co. Kerry was the winning company who will now represent Ireland at the European JA Company of the Year Competition which was due to be held in Portugal but as a result of the COVID-19 travel restrictions will now be held online in July.

The national final was held online this year and the Minister for Education and Skills, Joe McHugh TD, Minister of State for Gaeilge, Gaeltacht and the Islands, Senator Seán Kyne and Údarás na Gaeltachta CEO Mícheál Ó hÉanaigh were on hand to send inspiring video messages to the students during the event.