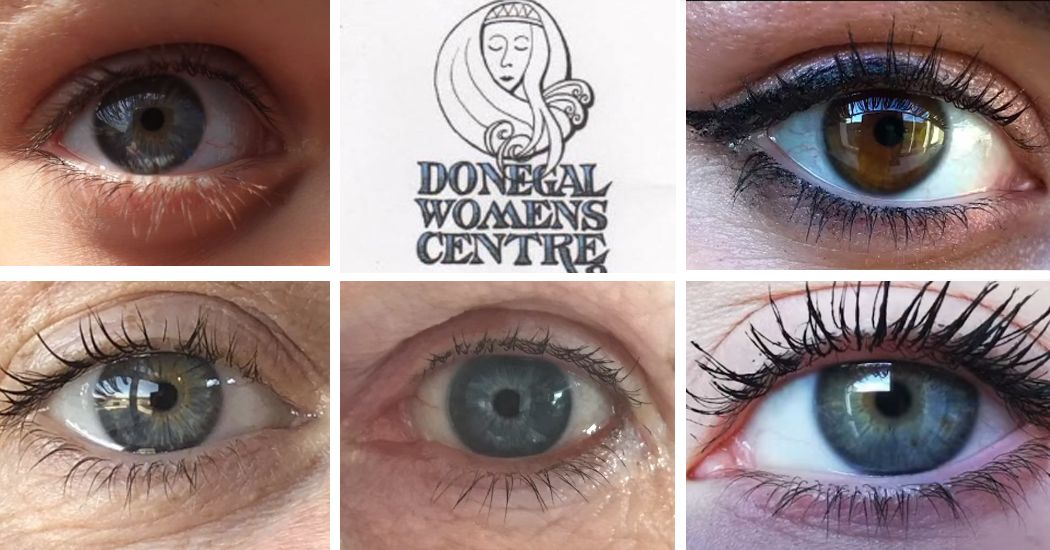 written by Rachel McLaughlin May 9, 2020

A powerful local project has been launched to shine a light on domestic violence against women during Covid-19 and the Donegal Women’s Centre.

The video, organised by Dungloe native Rachel Doherty, features close-up images of local women’s eyes. Thirty seven women from Donegal and surrounding areas contributed to the video to promote an impactful message: ‘Eyes are the Window to the Soul’.

The campaign aims to focus attention on the Donegal Women’s Centre and generate funds for their vital support services during Covid-19.

Reports of domestic violence have increased by almost 30% in parts of Ireland since the Covid-19 lockdown. The Donegal Women’s Centre continues to work to support women in crisis, and Rachel’s video highlights that the centre is still here while the doors may be temporarily closed.

Interestingly, the creative video was a blindfolded project for all the women involved.

“I saw an image of with the sun hitting the eye, and I had an idea,” Rachel told Donegal Woman.

“I asked a few people if they wanted to send me a picture of their pupil and said I’ll explain later. I thought your eyes can speak more. When I compiled it all together, with my brother’s help, I made sure they were all happy to be involved. The video connected a mixture of women without them knowing at first.

“I thought the song was really powerful in portraying the story of women going through domestic violence in the house.

“I would like to thank all the inspiring women that took part in this blindfolded project and for trusting in me.”

Rachel debuted the video on Facebook this week and shared an ifundraise.ie link to invite people to donate to the Donegal Women’s Centre. The fundraiser has already gone above its target of €250, and it is hoped that many more donations can be added to support a charity that is a lifeline for local women at this time.

Visit the fundraiser at: https://www.ifundraise.ie/5281_donegal-women—s-centre.html