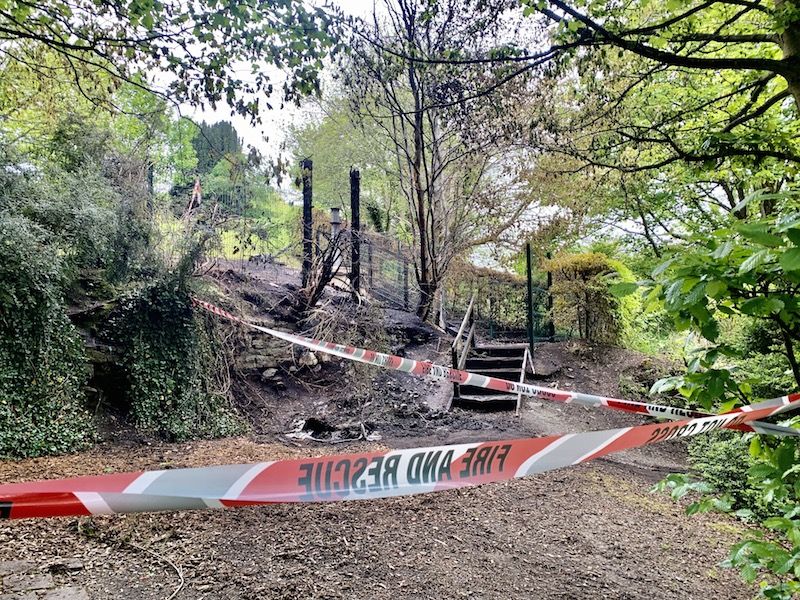 GARDAI are investigating after a fire destroyed a slide at a park in Letterkenny last night.

The blazed burned the popular slide at the Bernard McGlinchey Town Park last night. It is believed that the incident happened after 9pm, when black smoke was visible from a distance.

The fire service responded to the incident and Gardaí are at the scene this morning.

The slide destroyed by last night’s blaze has been among the popular attractions since the park was opened.