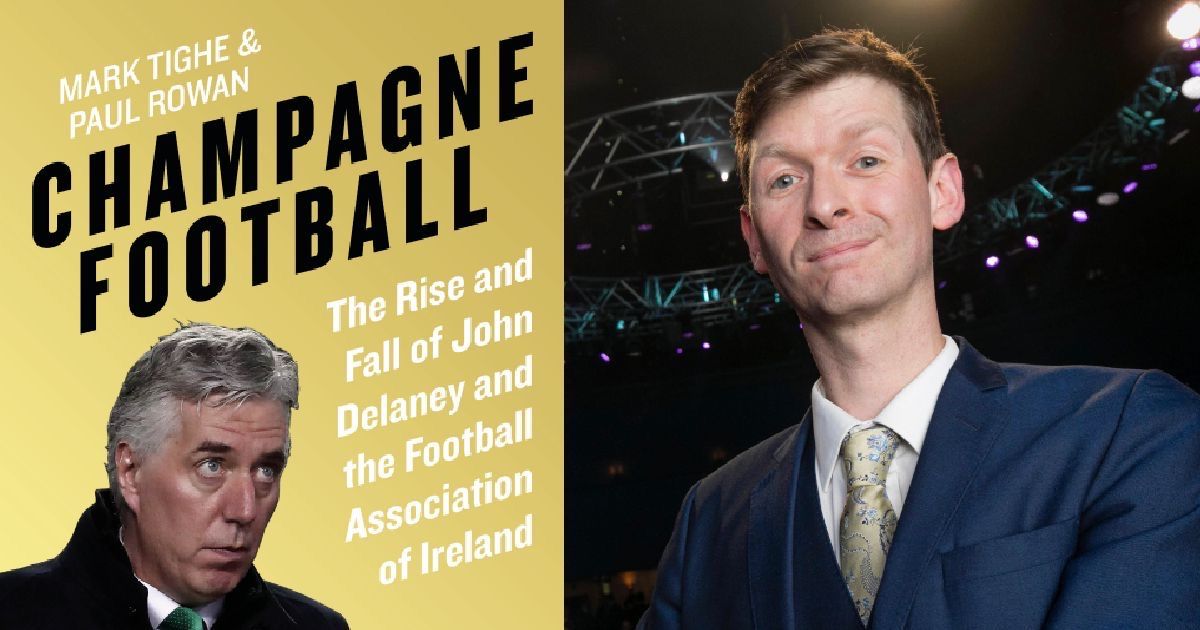 AN award-winning Donegal journalist has co-written an explosive new book about the Football Association of Ireland and the collapse of the reign of John Delaney.

Champagne Football is a shocking exposé of the fall of the most powerful man in Irish sport, with exclusive new information.

The book is co-written by Mark Tighe, a Donegal native, and his Sunday Times colleague Paul Rowan.

Tighe hails originally form Donegal Town and his family still reside there. He was schooled at the Royal and Prior in Raphoe and he is now the legal correspondent of The Sunday Times in Ireland. As well as covering legal affairs, he specialises in investigative reporting.

He was Irish newspaper news reporter of the year in 2018 and 2019. In 2019 he also won the Journalist of the Year award for his reporting on the FAI.

Born and raised in Dublin, Paul Rowan is the Irish football correspondent for The Sunday Times, and the author of The Team That Jack Built. In 2019 he was joint winner of the NewsBrands Campaigning Journalism and Investigative Journalism awards (alongside Mark Tighe and Colin Coyle) for his work on the FAI.

Tighe and Rowan show how Delaney surrounded himself with people whose personal loyalty he could count on, and a board that failed to notice that the association’s finances were in trouble.

They detail Delaney’s skilful cultivation of opinion-formers outside the FAI. And they document the culture of excess that Delaney presided over and benefited from, to the detriment of the organisation he led.

Mark Tighe says: “We are thrilled to be publishing Champagne Football with Penguin Ireland in September. This has been a unique opportunity to work on a long-form deep dive into the story of John Delaney’s career with the FAI. It has been a pleasure to weave all of our journalism into one story. We are so excited to see it reach shelves and readers.”

Michael McLoughlin, Penguin Ireland, says: “We are thrilled that Mark Tighe and Paul Rowan came together to write Champagne Football. Who better to tell this story than the journalists who broke it and won multiple awards for doing so? We think it will really appeal to football fans and current affairs enthusiasts alike. We are very proud to publish what is sure to be a hugely impactful book.”

Donegal journalist pens new book on the rise and fall of John Delaney was last modified: May 10th, 2020 by Staff Writer
Tags:
Champagne FootballDonegal TownJohn DelaneyMark TigheRaphoeRaphoe Royal and Prior