‘The wonder of what might have been’ – an empty Championship Sunday

written by Chris McNulty May 17, 2020
Facebook0Tweet0LinkedIn0Print0

IT SHOULD have been a day for the ages and another chapter in an ever-growing Ulster Championship rivalry.

May 17 has been circled in the calendar for months now.

Today, though, was just another day; like yesterday was and tomorrow will be.

The thunder should have rolled over Ballybofey at around 3pm today when whichever poor soul appointed to referee would have hoisted a size 5 O’Neill’s football into the sky to get Donegal and Tyrone underway.

Instead, the Finn’s waters rolled around Drumboe without the echoes of a packed stadium.

The gates of Sean MacCumhaill Park have been opened only by Raymond Doherty, who has been maintaining the pitch during the Covid-19 lockdown.

The old place should have been heaving to its seams this afternoon, but Raymond cut a lonely figure this morning as he spread fertiliser; his work continuing in the absence of action. 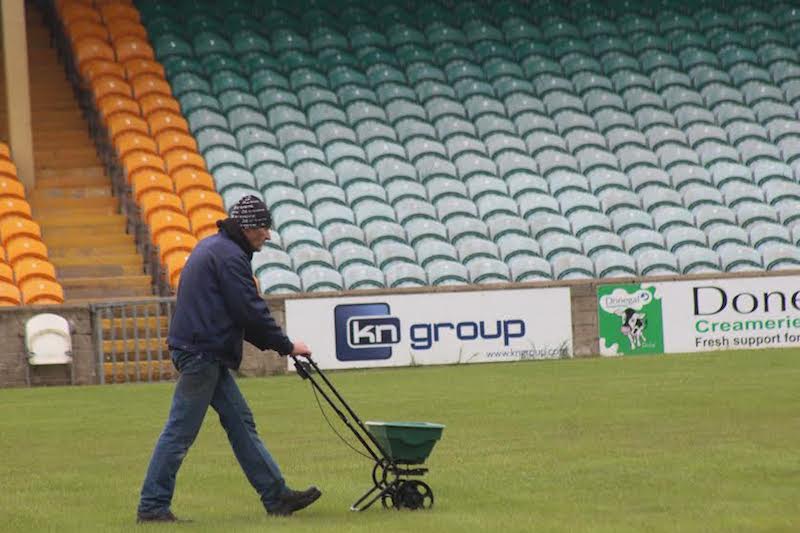 Over 11 weeks ago, on February 28, referee Mark Brown shrilled the whistle to end a challenge game between Sean MacCumhaills and Aghyaran, St Davog’s. MacCumhaills, whose new management of Paul Rouse and Seosamh Mac Ceallabhuí were busy preparing for the start of the 2020 season, won a game played over three periods of 25 minutes.

Brown’s whistle was the last blown at the venue.

Eddie Walsh flicked the lights off and locked the door.

Donegal had been due to meet Tyrone in a Division 1 encounter in mid-March. That week, the GAA ceased its activity and the resumption remains some way off.

A breeze whistled through Sean MacCumhaill Park today beneath an ugly grey sky – the perfect stage.

Donegal’s players have been training individually over the last couple of months when ordinarily the intensity would have been ramped up by Declan Bonner some weeks ago.

Ballybofey was empty and devoid of the ‘hats, scarves and headbands’; the public houses and hotels, which would have roared with anticipation and ‘banter’, shut; the town devoid of the various vendors selling their wares; the terraces with only the trickles of rain for cover. 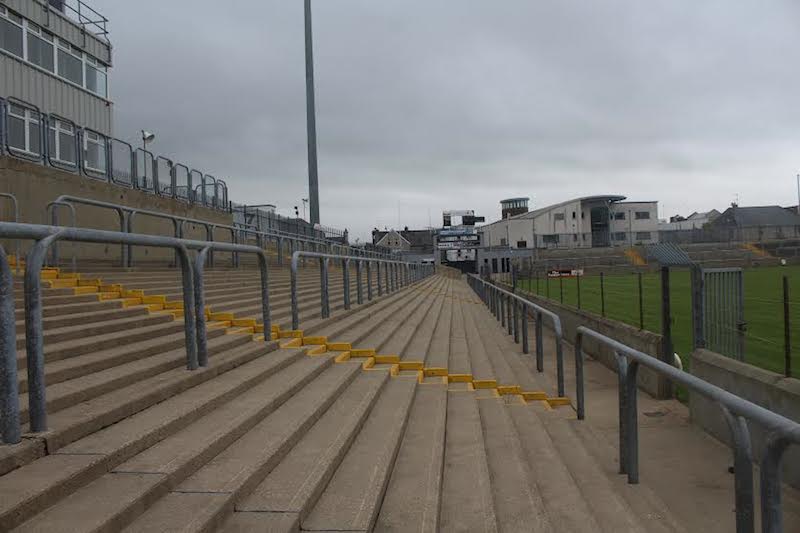 IT’S not the first Donegal-Tyrone Ulster Championship Sunday for Ballybofey to experience a ‘lockdown’.

In July of 1973, they met in what has since been dubbed the ‘Battle of Ballybofey’. It was the day Neilly Gallagher, the Donegal forward, was rushed to Letterkenny hospital, where surgeons saved his eye after taking a belt from Mickey Joe Forbes.  Gallagher needed seven stitches after being carried off. His replacement, Joe Winston, was given a torrid time by Forbes.

The match report references a ‘tension-charged atmosphere’ and agate littered with ‘rib-cracking tackles and shattering knocks’. Kieran Keeney’s goal had Donegal in front, but Kevin Teague, Patsy Hetherington and Brendan Donnelly hit a trio of points to give Tyrone the win. The teams had been level six times, but the match was almost a sideshow.

’Bottles and stones were thrown by the Tyrone supporters and there were many reports of Donegal supporters being intimidated and threatened on the terraces,’ one report read.

Frank Muldoon, the acting Donegal GAA secretary slammed as ‘deplorable’ the scenes on the terraces.

He said: “We do want to ensure that Gaelic football is not again tarnished by incidents such as occurred on Sunday. It is a terrible thing to have to admit that we had to fight our way off the pitch on Sunday. You cannot call that sport.”

Such was Donegal’s feeling, the County Board considered approach the Connacht Council to join. The move never materialised, nor did a ceasefire between the old rivals.

That evening in 1973, pubs and other premises around the Twin Towns had to close for fear of trouble. There were also reports of nasty scenes in nearby Castlefin.

Donegal, mind you, weren’t entirely innocent, either, with the Democrat noting: ‘The scenes afterwards, amongst the Donegal team and its supporters, were to say the least, a disgrace.’

The following year, Donegal and Tyrone were drawn again. Donegal opted to tog out in Ballybofey before traveling to Omagh. After the game, they returned to Ballybofey again before changing. 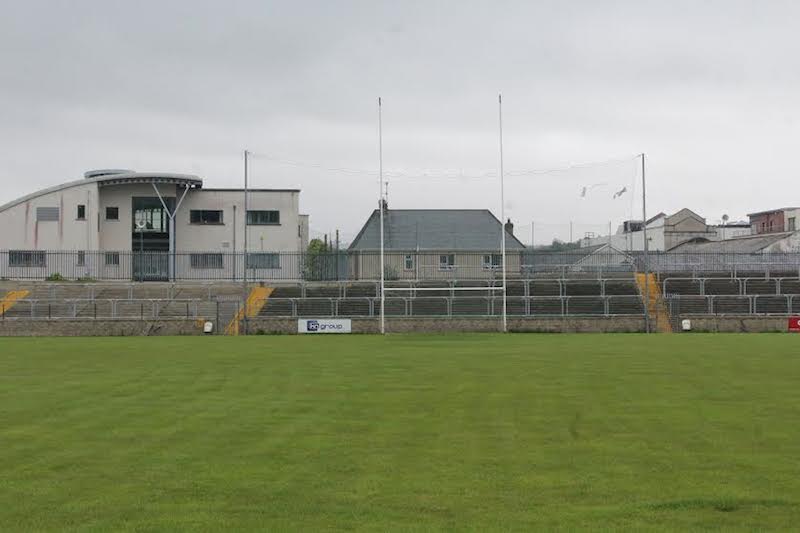 In 1989, the counties met in an ill-fated Ulster final. The game was drawn and Tyrone won by 12 points in the replay.

Damian Dowds and Donal Campbell recalled in Sam’s For The Hills: “The rivalry that was born in Clones that July was immense and dark, particularly among the supporters. A dislike, perhaps mutual, swept Clones.”

Physical distancing was never something these two were good at.

Remember 2015 and a Championship day when Justin McMahon, the Tyrone defender, spent the afternoon facing Michael Murphy, the Donegal captain, holding, pulling, annoying. McMahon managed to last 63 minutes before having a yellow card flashed by Joe McQuillan. At half-time, the two tribes went to war of a different kind at the mouth of the narrow tunnel and the battle lines were drawn, two years after an incident at Healy Park when Karl Lacey was spat upon as he left the pitch after a League game.

TODAY would have marked the start of summer in ordinary times.

But when Eddie Walsh flicked off those lights at the end of February, little did he know they wouldn’t illuminate the Twin Towns sky again.  When they will next still remains a question that can’t be answered.

Ordinarily, he’d have been hanging the flags at the entrance, but only a sole Sean MacCumhaills flag fluttered above those locked gates. 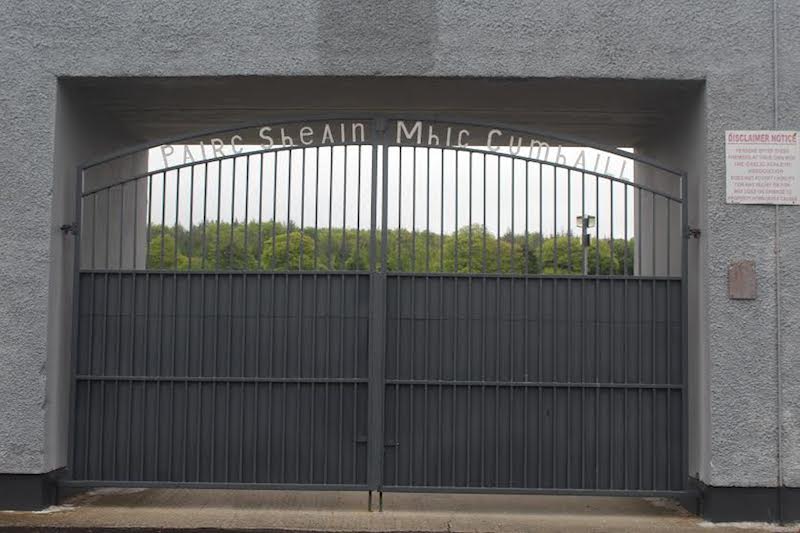 The smell of burger meat should have filled the sky and the generators powering the chip vans should have purred on the excited streets outside.

Instead, there was nothing only the wonder of what might have been and the hope for what might be when that thunder does roll.

The old foes will war once more, yet the trenches could have a much different feel by then.