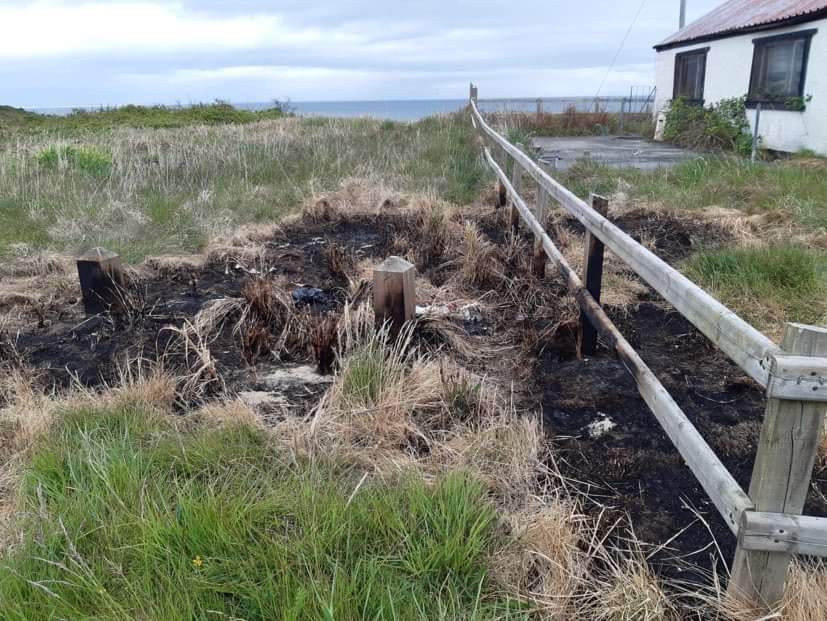 Gatherings of people who have allegedly destroyed parts of a popular beach have sparked anger in Greencastle.

Major concern has arisen over events at Big White Bay in Shroove over the weekend.

Council bollards were taken away and people lit fires which caused lasting damage to the habitat, according to local Councillor Albert Doherty.

It is also reported that youths travelled across the beach in a quad.

Cllr Doherty said he was contacted by locals, concerned visitors and local environmentalists who are “angry and disgusted” at the recent weekend “antics”.

He said the events are damaging the good reputation the local beaches have.

“These awards are hard-won and are the world’s most recognised eco labels.

“They are the communities pride and joy and for Donegal and along the Wild Atlantic Way they serve as a significant standard-bearer for Tourism promotion in this county.”

The recent incidents have been reported to Donegal County Council and anyone with information about the damage is being asked to report to gardaí.

“I would implore those involved to consider not alone the danger they put themselves, but also to realise that their antics could seriously jeopardise and damage the marvellous status and setting that is the Shroove, Greencastle area,” Cllr Doherty said.

Locals shocked after destructive ‘antics’ at award-winning beach was last modified: May 19th, 2020 by Rachel McLaughlin