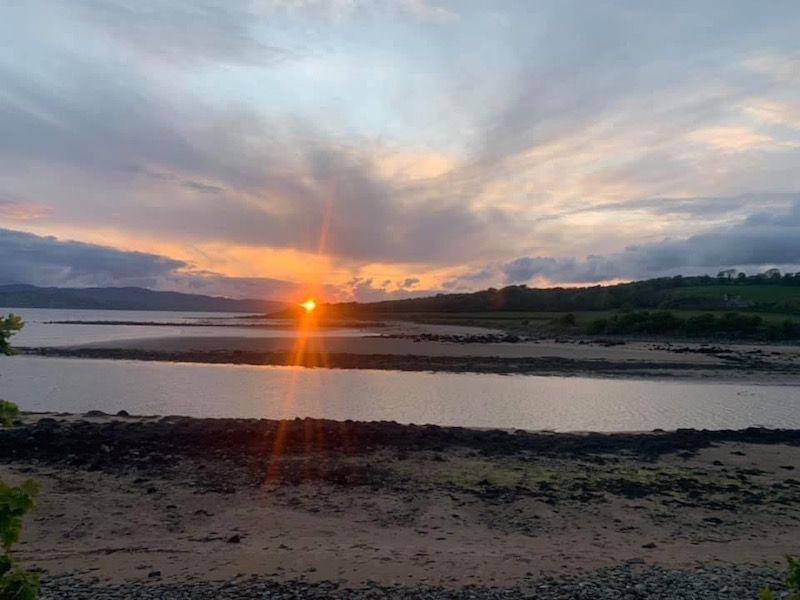 The team was left disappointed yesterday after learning their Ulster Championship 2020 has been cancelled.

But team captain Megan Ryan says it has just made the team more determined to reach their 5 million step goal in record time.

“We had set aside 30 days to reach the 5 million steps but we’re already halfway there,” said Megan.

“By Wednesday we had reached 2,539,757 steps. The girls have really stepped up to this challenge and have been out and about across all their parishes – and they’ve been taking some pretty spectacular pictures too.”

Donegal seniors legend Aoife McDonnell, a teacher recently returned home from Australia, has been in charge of counting the steps sent in each evening by the players and coaches.

“They are an amazing bunch of very talented girls,” said Aoife.

“I know there is a lot of disappointment that they won’t have County football this year. But it shows the character of this team that they are continuing to put in such a great effort for such a brilliant charity which does so much good across Donegal.

“We’d all like to thank all those who have donated €735 of the €1,000 target. Hopefully we can get there – I know the girls will get to their 5 million steps sooner than we had thought.”

The organisers of Ladies Football – the LGFA – is looking at proposals to regrade the competition to Under-19s in 2021, hopefully keeping county squads across the country together for another year.

The President of the charity in Letterkenny Cormac McCormack welcomed the footballers’ fundraiser.

“We are so grateful to the footballers of the Donegal Minor Ladies,” said Cormac, a former coach, manager and office holder with the LGFA in Donegal.

“This gesture shows the true heart and spirit of this younger generation and we would be most grateful if members of the public can make a donation in support of them and us. Every single donation will help us the time ahead.”

Donations can be made at: gf.me/u/x2kkcn

Donegal Ladies Footballers halfway to 5 million steps for charity in record time! was last modified: May 21st, 2020 by Staff Writer