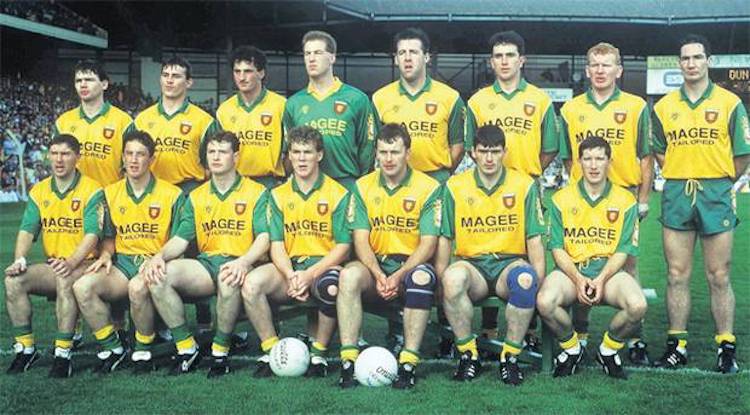 written by Chris McNulty May 24, 2020
Facebook0Tweet0LinkedIn0Print0

DONEGAL’S famous All-Ireland triumph from 1992 will feature next month as part of the latest series of All-Ireland Gold on TG4.

Two classic clashes are shown each Sunday on TG4 and the June schedule will include the ’92 final.

Manus Boyle hit nine points while Donegal’s last score came from the boot of current senior manager Declan Bonner, whose clenched fist salute remains one of the abiding images of the day.

Ardara’s Anthony Molloy was the Donegal captain and his exclamation ‘Sam’s for the hills’ as he collected Sam will be forever in Donegal sport’s highlights reel.