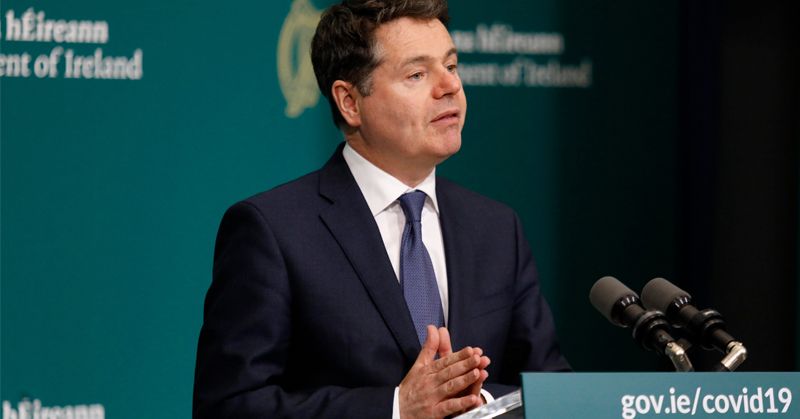 Minister for Finance Paschal Donohoe is reportedly set to cut the Covid-19 Pandemic Unemployment Payment from early next month.

More than 20,000 people across Donegal are dependent on the weekly payment.

Donohoe is expected to suggest that some payment recipients, specifically part time workers, will be paid the equivalent of their average earnings before the pandemic to avoid people refusing to look or return to work.

It comes as a Department of Business report revealed that 38% of people receiving the unemployment payment are now better off than when they were working.

Labour’s Social Protection spokesperson Ged Nash TD said that it would be unacceptable for Fine Gael to cut the Covid-19 income of the lowest paid people in the country.

Nash said: “Cutting the basic income of thousands of workers when large parts of the economy are shut, with no alternative for them to go back to work would be wrong.

“Thousands of people who rely on part time hours, irregular and precarious shift patterns, and seasonal work will now be impacted by Fine Gael’s latest attack on social welfare recipients despite large parts of the tourism, hospitality and retail sectors being closed.

“Lets not forget we are talking about people who were in employment until the State itself shut down the economy. These were people who were working, who wanted to work and who in my experience want to get back to work as soon as possible.

“It’s a bit much and is utterly divisive for FG to be beating the welfare cheats drum.”

Nash continued: “The economy was placed in an induced coma to stop the spread of Covid-19 and the PUP and the Wage Subsidy Schemes were put in place to support incomes and businesses.

“The €350 level was seen as the rate that people needed to live on, based on the kinds of wages those in the most affected sectors ordinarily earned.

“Those sectors are a long way from coming back and the payment should not be cut now.

“The same bills are still there with rent, utilities and all the other costs of living.

“No one should be moved to a lower income payment when most of the country is still shut down.

“Instead of attacking the lowest paid in the country, the Fine Gael caretaker government should focus on addressing the problems workers are facing going back to work including the lack of a plan to reopen childcare, and the problems facing new mothers returning to work after maternity leave.”

Meanwhile, Taoiseach Leo Varadkar acknowledged the scheme’s flaws this week and said that if people refuse to return to work after being offered their job back then they will lose eligibility for the Pandemic Unemployment Payment.

Mr Varadkar said: “We knew half a million people were going to become unemployed within days.

“We said the best thing we could do would be to give everyone maybe 70 or 80 per cent of their previous income.

“With that volume of people losing their jobs so quickly we worked out within hours that it would take weeks to administer that and half a million people would have been left with little or no money for a very long period of time.

“We made sure everyone got money very quickly in contrast to Northern Ireland or Great Britain where people are only £100 a week.”

Covid payments cuts on way as report show 38% now better off than before was last modified: May 25th, 2020 by Staff Writer
Tags:
CovidcutdonegalPascal DonohoepaymentsUnemployed