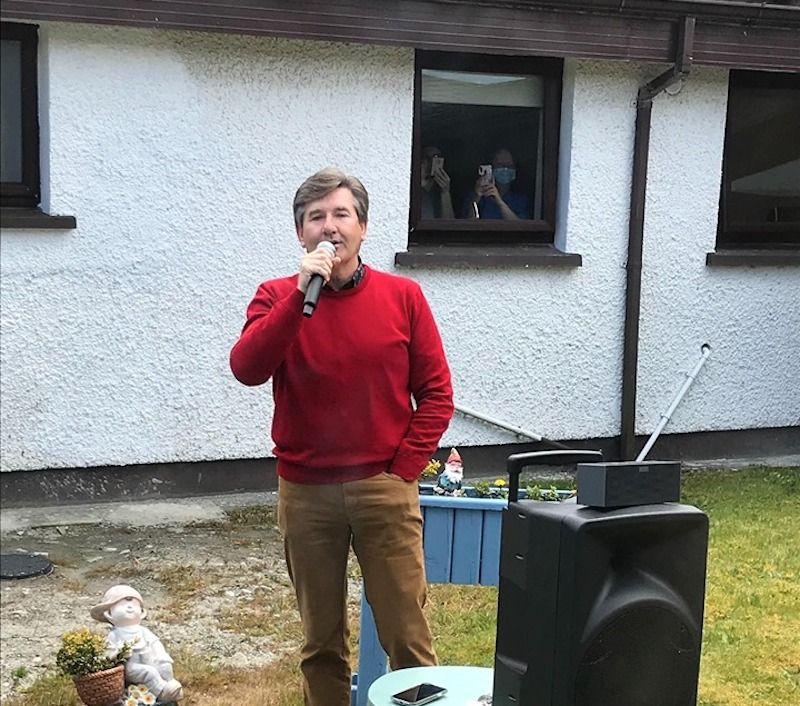 Daniel O’Donnell revealed he received a letter from Gardaí to allow him to travel to nursing homes around Donegal to entertain residents.

People in community hospitals across the county have been treated to surprise concerts in their gardens during the lockdown.

Daniel said the idea just came to him one day.

“I just decided locally I could go up to the hospital in Dunloe, it’s only a few miles from us here.

“I was here one day in the house and I said to Majella if I had a wee speaker I would go up and sing a few songs with backing tracks on the phone.

“So I got a wee speaker and went up and went to Gweedore – I phoned the Guards just to see if I was to do that would I be breaking any laws.

“They sent me a letter just to say that the reason I was doing it that it was OK because it was benefiting some people.

“Then I went to a couple of more.”

“They’re trying to entertain them and motivate them as well as looking after them.

“Ah sure I hope it does some good anyway”.

He said all he needs is a microphone with his backing track.

“It’s not about all that – as long as people can hear enough to hear the music and a bit of the singing.

“A few songs and they sing along with them, a lot of them they’d know.

“Maybe a half an hour or so – not a long time – it seemed to have gone down well with the people that were in the homes and the staff that were there.”

Daniel reveals he got letter from Gardai to do his live Covid concerts was last modified: May 27th, 2020 by Staff Writer
Tags:
Community HospitalConcertsCovidDanieldonegal