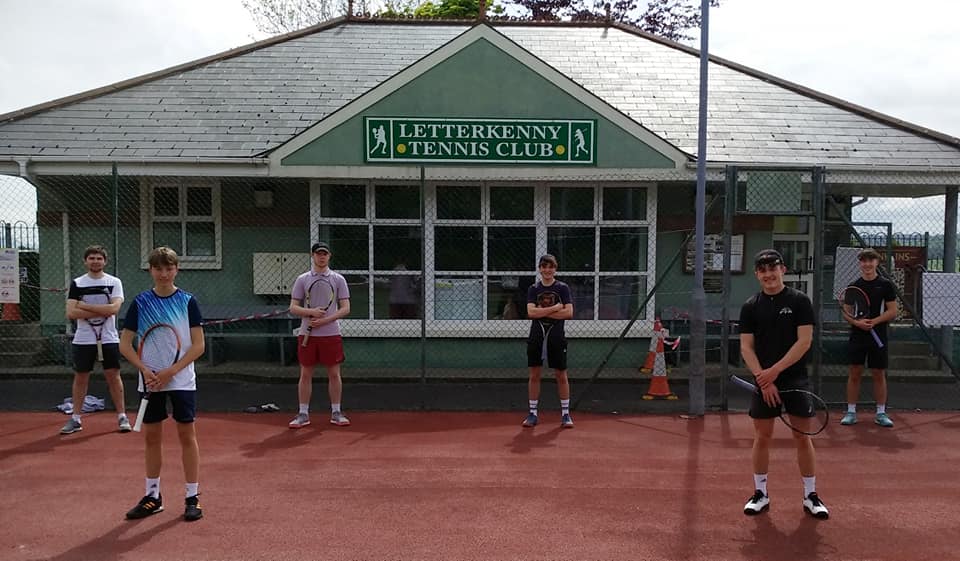 LETTERKENNY Tennis Club has seen an upsurge in families playing since the club reopened with strict physical distancing measures on Monday-week last.

Tennis has been one of the first sports to be allowed open facilities since the Covid-19 lockdown pulled sport’s shutters down in front of participants.

Coaching has been ceased at the club for the foreseeable future, but the club is reporting a busy playing schedule. Players have had to become accustomed to a new way of working in the last two weeks.

“We’re delighted to be able to open again, but at the same time we are trying to make people responsible for themselves,” says Gerry Clarke, Letterkenny Tennis Club’s head coach and development officer.

“It is a difficult time for everyone, but this isn’t going to go away any time soon so we want people to be sensible.”

‘This’, of course, being the Covid-19 pandemic that has gripped the globe and altered the world.

It has been no different for the tennis enthusiasts at Letterkenny Tennis Club. The clubhouse remains closed and some new measures have been in place. For instance, an ‘in’ gate and an ‘out’ gate keeps players at a distance when passing between slots on the timetable, and new signage has been erected. 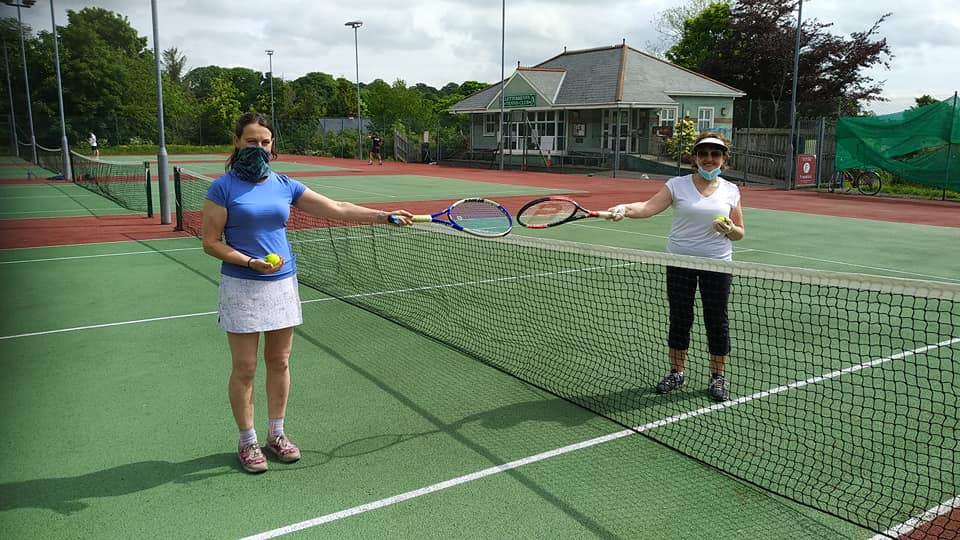 “The times are rigid and you have to have a booking. We’re lucky in that we’ve had an online booking system on the go for the last few years. On the system, you have to put in the names of who’s playing and there is a two-page document that you have to agree and sign-up to before you can complete a booking.

“We’ve had to put a lot4 of things in place, but I’m there all the time, sort of ‘policing’ the courts.”

The club has dedicated family slots in place. During those times, families use courts one and four, thereby ensuring adequate distancing.

“We have had huge take up on families coming to play,” Clarke says.

“We noticed that families are doing a lot together, walking, running, cycling, things they wouldn’t have done together ordinarily. There is a renewed family thing in the world now. People are engaging more with their families. Before this, people just dropped kids to football, basketball or tennis, but families are taking more responsibility now. They’re discovering their kids more.

“We have identified with that and enabled parents and children to play at the club.”

The club had over 100 children in active coaching before lockdown. No-one is sure or certain when normality can resume, but the current measures, at least, allows them to remain in the club environment.

The club has been busy from 11am to 9.30pm when the last of the players make for home.

Clarke says: “We can use the four courts for singles and we have a system where the bookings are in blocks for an hour and a half, but you’re to leave five minutes before the end of your time. The hour and a half is quite a lot anyway if you’re playing at full tilt.

“Players have to bring their own marked balls. When it comes to serving, they use their own balls for serving. No equipment is shared. We have a WhatsApp group for everyone who is playing so information is easily circulated.

“We’re busier than normal. It’s been great to see. People don’t have many other opportunities, we have the space and the measures here and it’s a chance for people to catch up, too.”