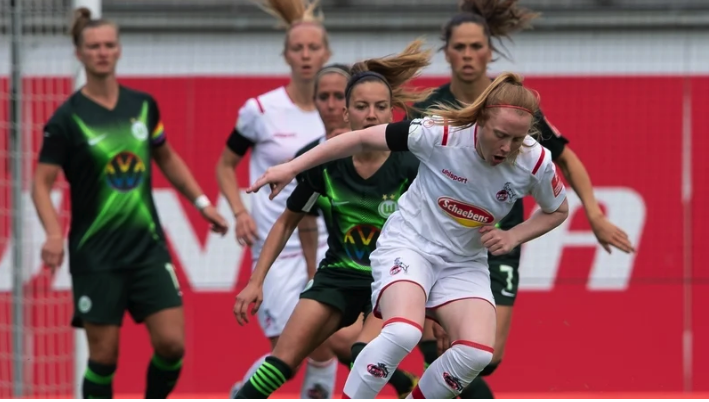 written by Chris McNulty May 30, 2020
Facebook0Tweet0LinkedIn0Print0

AMBER Barrett was sent off yesterday as FC Köln suffered defeat in their return to action.

The Frauen-Bundesliga, following the lead of the men’s league, was back, but there was no joy for Barrett and FC Köln.

The Milford woman and Republic of Ireland striker was given her marching orders in the 76th minute.

By that stage, Pernille Harder, Svenja Huth and Alexandra Popp had Wolfsburg 3-0 up. For good measure, Harder added a fourth two minutes after Barrett’s dismissal.

Wolfsburg are now 11 points clear at the top.

The Frauen-Bundesliga’s return has bucked a trend for women’s football in Europe with the top divisions in England, Spain and France having been cancelled.