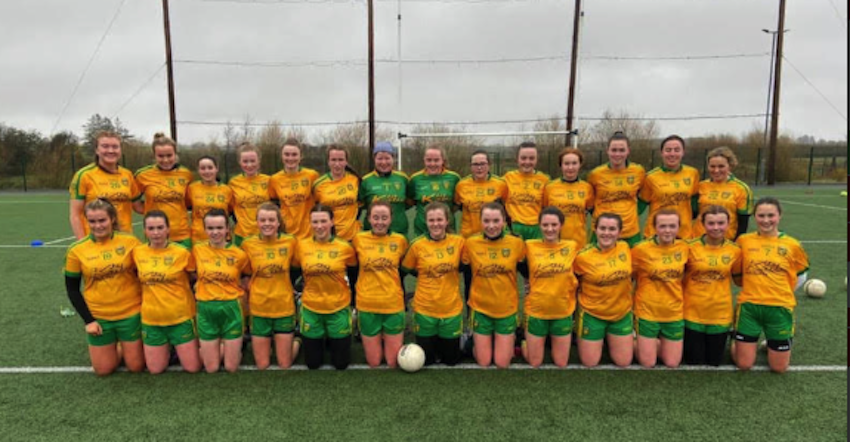 AFTER only 18 days the Donegal minor ladies hit their goal of five MILLION steps!

The Donegal squad had set themselves a target of June 10 to complete their challenge – which is in aid of St Vincent de Paul. Their target was 3,000 steps a day for 30 days.

However, last night, the magical five million mark was passed!

The incredible venture has helped to raise over €1,500 for St Vincent de Paul.

“It’s a charity that helps others and is helping those who are struggling in uncertain times,” Donegal minor ladies captain Megan Ryan said.

“Well done everyone for taking part. We received a lot of donations and support.

“This project meant a lot to a lot of us as it could be our last underage project. The amount of support we received was great.”

The team’s players and coaches are drawn from 19 different clubs around the county. They have been unable to play or train since March, but they have rallied in support of charity.

Many of the girls were also set to sit their Leaving Cert this summer so their energy was challenged into their quest for five million steps.

The charity has lost significant income from its main sources – its charity shops and church gate collections.

The President of the St Vincent de Paul in Letterkenny, Cormac McCormack, has hailed the footballers’ fundraiser.

“We are so grateful to the footballers of the Donegal Minor Ladies,” said Cormac, a former coach, manager and office holder with the LGFA in Donegal.

“This gesture shows the true heart and spirit of this younger generation and we would be most grateful if members of the public can make a donation in support of them and us. Every single donation will help us the time ahead.

“I know all those who receive our help will be with Megan and the girls every step of the way as they aim for 5,000,000 steps in the next month.”

You can still donate here: https://www.gofundme.com/f/5-million-steps-for-donegal-st-vincent-de-paul