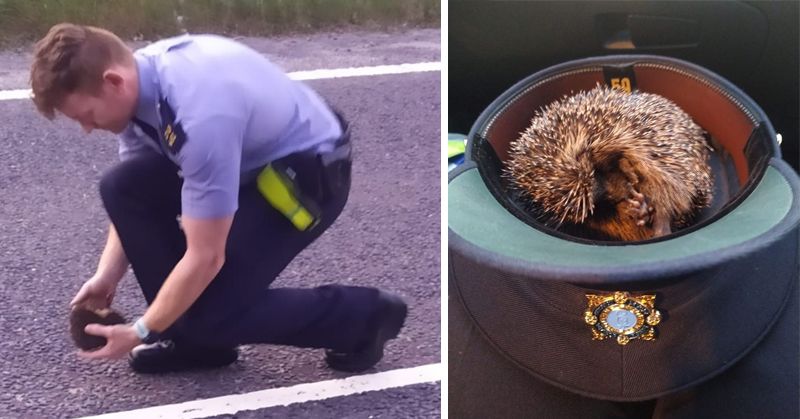 Letterkenny garda to the rescue for another injured animal

A Letterkenny Garda is proving to be quite the Doctor Dolittle after saving another inured animal on the roads.

The hedgehog was found lying injured on the Letterkenny dual carriageway on Saturday evening before getting picked up by the Roads Policing officer.

Garda Gallagher’s hat was the perfect safe place for the creature to sit as it was escorted into the care of the ISPCA. It emerged that the poor animal was badly dehydrated and has a suspected broken back leg. It was given fluids at the animal centre and will get an X-ray this morning.

“Hopefully he will make a full recovery,” gardaí wrote on Facebook.

Last month, Garda Gallagher was on a night shift when he found a white pigeon that had been hit by a car on the road between St. Johnston and Carrigans. Garda Gallagher took the bird under his wing and brought it back to the Garda station, where a vet was contacted. It was established that the bird was a UK racing pigeon.

Letterkenny garda to the rescue for another injured animal was last modified: May 31st, 2020 by Rachel McLaughlin