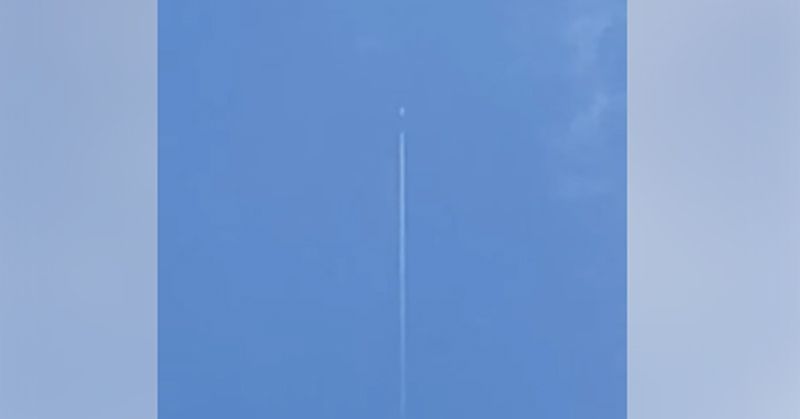 The clear blue skies were perfect for spotting the ‘Dragon’ capsule blasting off from Earth on a historic mission on the Falcon-9 rocket.

Noel, who is from Castlefinn, caught superb footage of what is believed to be the rocket with some amusing commentary.

This is the first successful launch of astronauts into orbit by a private company – tech billionaire Elon Musk’s SpaceX.

The launch was NASA’s first human spaceflight departing from US soil in nearly a decade and was celebrated as a triumphant return to orbit.

NASA Astronauts Doug Hurley and Bob Behnken are now making their way to the  International Space Station. The journey will take approximately 19 hours and they will be likely to spend between one and four months at the station before returning to Earth.