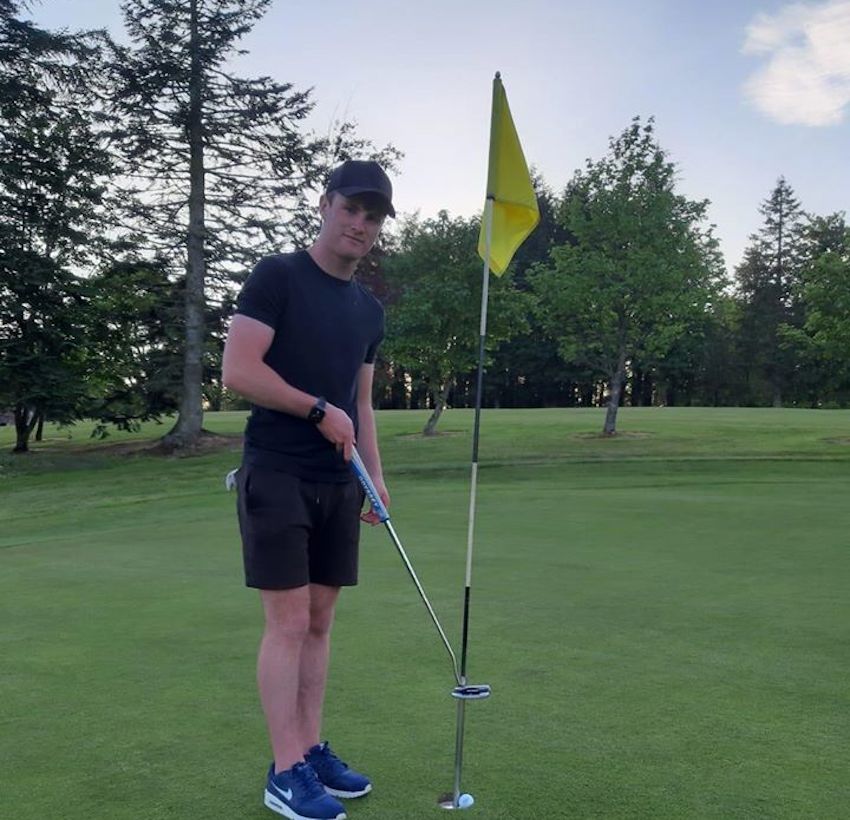 SEAN McBride has clearly been using lockdown to perfect his golf swing – as the young Ballybofey man nailed a rare shot on Friday.

The 21-year-old, also a talented footballer, landed an albatross while playing at Ballybofey and Stranorlar Golf Club on Friday.

The Letterkenny Institute of Technology student holed his tee shot on the par-four 12th hole.

McBride, a five-handicapper, managed a feat enjoyed by few golfers while playing with friend Ryan Finn. ‘A memory for a lifetime’, as the Ballybofey and Stranorlar Golf Club put it.

McBride plays for Cappry Rovers in the Donegal Junior League and spent some time on the books of Derry City.