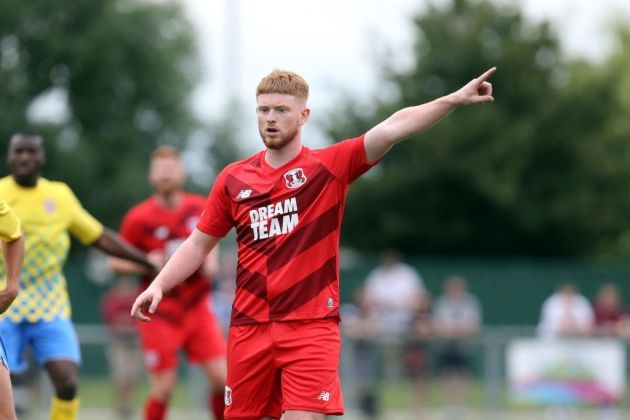 DALE Gorman will be on the search for a new club with the Letterkenny man to move on from Leyton Orient.

The O’s announced their retained list today for the 2020/21 season and Gorman is one of four players whose contracts will not be renewed.

Gorman – a Northern Ireland Under-21 international – signed for Leyton Orient in 2018 having been at Stevenage since moving to England in 2015.

Gorman opened a two-year-deal at Orient two years ago.

In 2018/19, Gorman played a part as Orient won promotion from the National League back into the Football League’s ranks.

The former Letterkenny Rovers player had been on loan at Newport County since January and scored in a 1-0 League Two win over Morecambe.

Ross Embleton, who had taken over as interim head coach at Orient following the sudden death of Justin Edinburgh in June 2019, was installed as permanent boss at Bisbane Road in January of this year.

“Dale and I developed a really strong relationship in our promotion season – in terms of football, but also personally as well,” Embleton said.

“For one reason or another, it didn’t pan out as we both hoped, but he leaves having played a big part in getting promoted.

“He’s a good character and one I’ll stay in touch with, but unfortunately his future lies elsewhere, and so for both parties it was the right decision.”