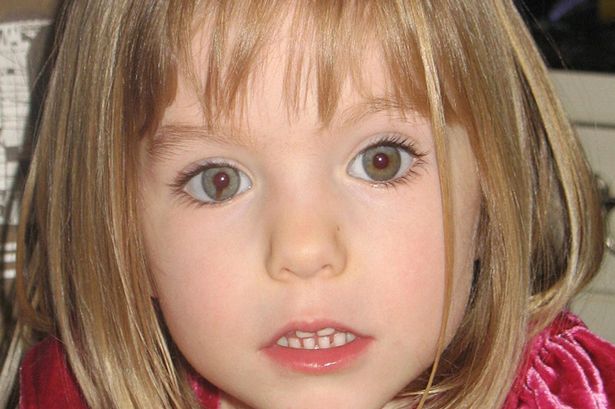 German prosecutors say they believe Madeleine McCann is dead as new details emerge from the investigation into her disappearance.

The British girl, whose grandmother is from Donegal, disappeared as a three-year-old in Portugal 13 years ago.

A 43-year-old German man has become the first person to be identified as a suspect by the Met in the case. He is described as a “multiple” child sex offender who is currently in prison for unrelated matters. Court privacy rules in Germany mean that he has not been officially named.

The suspect is known to have been in Praia da Luz, the holiday resort where the McCanns were staying, at time of her disappearance on 3rd May 2007.

The McCann family made their annual visit to Donegal just weeks before their holiday to Portugal. Maddie’s father Gerry’s parents, Eileen and the late John McCann, lived in St. Johnston. A family photo was taken in Dungloe just a few weeks before she disappeared in Portugal.

The German suspect is currently being investigated on suspicion of murder. “From this you can see that we assume that the girl is dead,” Braunschweig state prosecutor Hans Christian Wolters said.

The suspect has previously been found guilty of a number of crimes including the abuse of children. He was said to have been living in Portugal’s Algarve in 2007 and German police have issued details of a Volkswagen T3 Westfalia campervan and a 1993 Jaguar car that he was linked to at the time.

A half-hour phone call was made to his Portuguese mobile phone an hour before Maddie’s disappearance and investigators have also revealed details of the phone number.

In light of the new information, Madeleine’s parents Kate and Gerry McCann have issued a statement saying they will “never give up hope” of finding their daughter.

They said: “We welcome the appeal today regarding the disappearance of our daughter, Madeleine.

“We would like to thank the police forces involved for their continued efforts in the search for Madeleine.

“All we have ever wanted is to find her, uncover the truth and bring those responsible to justice.

“We will never give up hope of finding Madeleine alive but whatever the outcome may be, we need to know, as we need to find peace.

“We would encourage anyone who has information directly related to the appeal to contact the police. Thank you.”