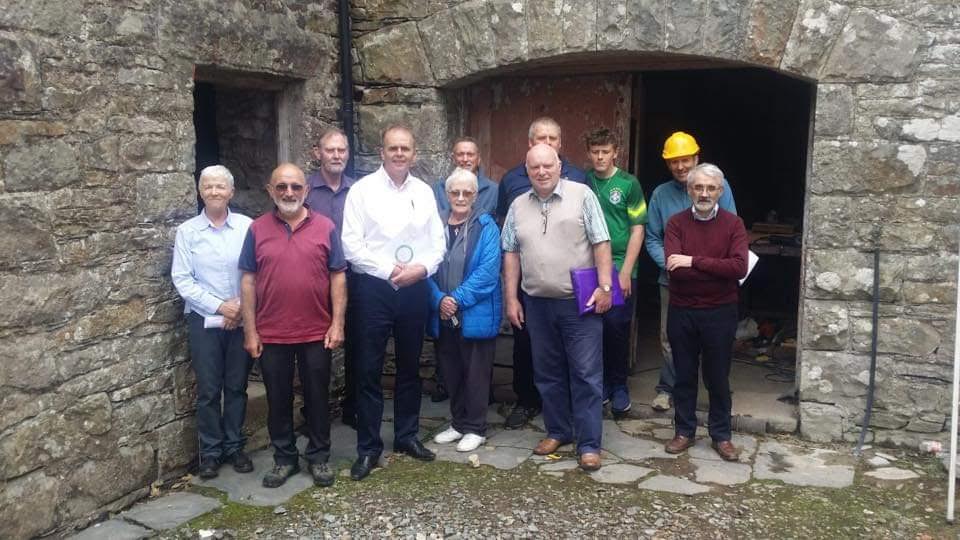 Major funding is going to the Leitir Corn Mill in Kilcar with major support also for a project to build a new multi-purpose hall in Ray, Manorcunningham.

The Government funding announcement will also see monies given to an algae-based renewable energy project in Malin, while funding for a feasibility study for a new community swimming pool in Carndonagh is also included.

“The funding is being released from the Department of Rural and Community Development via the LEADER programme,” said Minister McHugh.

“I am so pleased for the hard-working volunteers dedicated to the restoration of the Leitir Corn Mill in Kilcar.

“More than €183,000 is being allocated for parking facilities as well as some works carried out on the heritage building.  This development will be an important added tourism attraction on the Wild Atlantic Way, in proximity to the signature point at Sliabh Liag.

“I am also delighted for David Killian and everyone behind plans for a brand new multi-purpose community hall at Ray, Manor. The old hall is no longer fit for purpose.

“The committee has secured a site for the proposed hall, plans have been drawn up and planning permission has been approved.

“The aims of this project is to provide a modern fit for purpose facility for the various local community groups which include Brownies, Ladybirds, Youth Club, Kidz Club, Badminton, Bowls club, Men’s Group and Ladies Group. With the new kitchen facilities within the hall they could accommodate visiting groups with the aim of encouraging cross cultural experience for the young people within the community.”

Also announced today was a grant of €18,500 for Donegal Hydro Harvesting in Malin.

The funding is going towards the set up and maintenance of an algae farm (freshwater algae grown in tubes) for the purpose of carbon capture as well as the production of carbon neutral energy.

And €4,130 has been allocated to the Tara McConalogue Splash Swim School to pay for a feasibility study to include architectural fees, land surveyors fees and quantity surveyors fees into the creation of a swimming pool facility in Carndonagh.